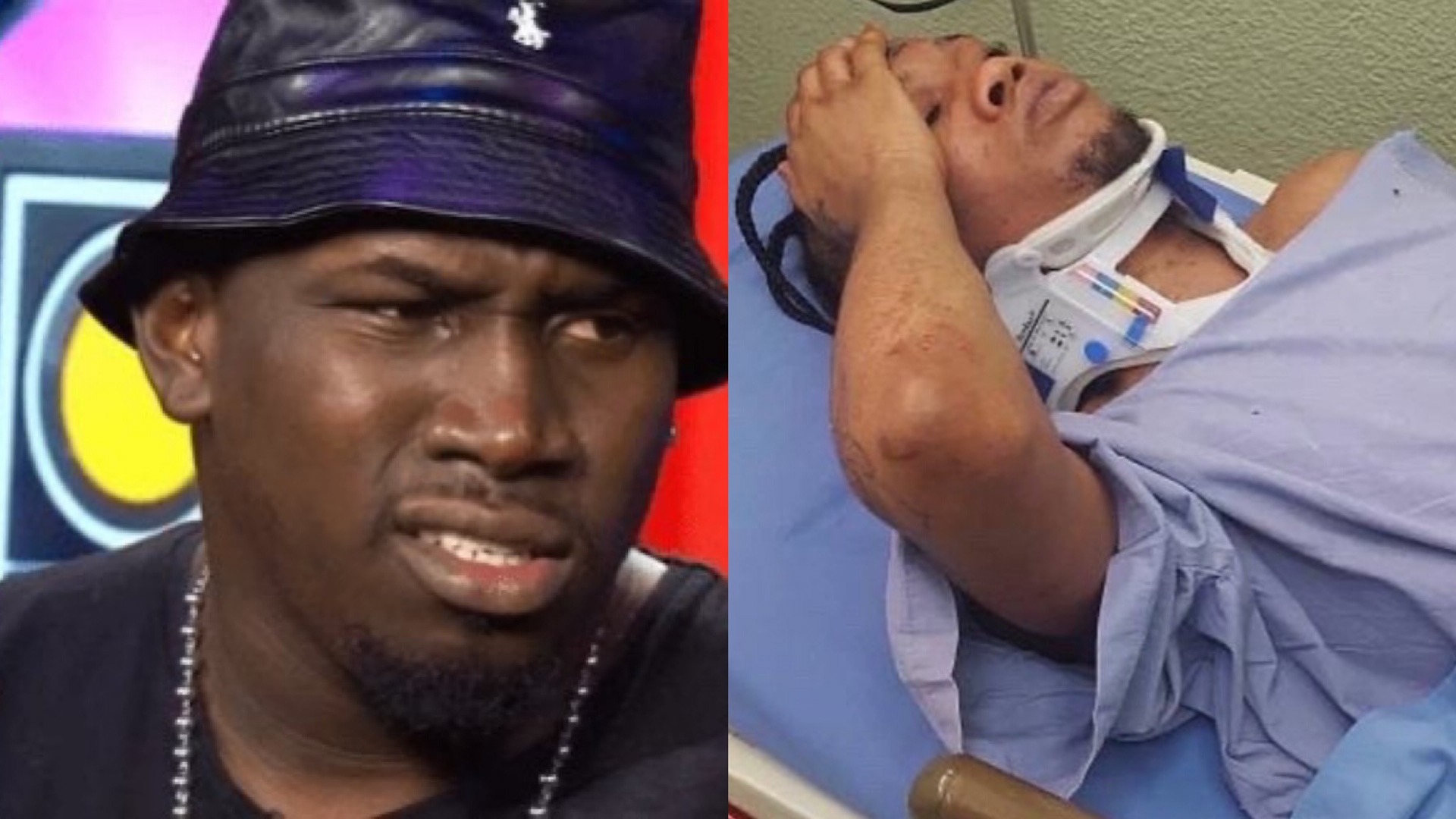 Foota Hype is calling Intence’s car accident his first warning and urging the Dancehall deejay to issue an apology.

The veteran Dancehall sector and Yeng Badness deejay have been feuding on social media over the last few days which led Foota Hype to predict Intence would be involved in a car accident.

Just a week ago, Foota Hype sent a stern warning to Intence while admitting that he was ‘deep in obeah’.

On Tuesday, the Jet Life deejay was involved in motor vehicle accident on Old Hope Road in Kingston. While there are no available details on his injuries, Intence was hospitalized after the incident.

A video from the accident shows the right side of Intence’s white Mercedes-Benz CLA 250 badly damaged. The artiste purchased the vehicle back in February of this year.

Foota Hype is now calling the car accident ‘Warning #1’ and is telling the recording artiste to to apologize to him.

Foota Hype and Intence started beefing online after the selector claimed Vybz Kartel snatched his girlfriend Dancing Rebel from him while behind bars.