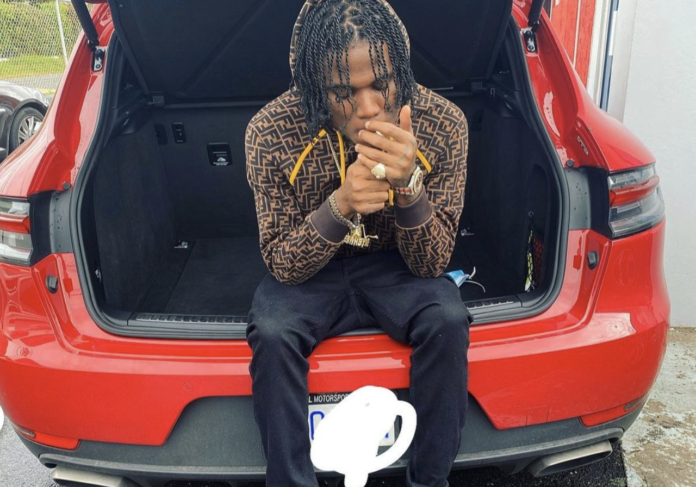 The Genasyde deejay’s birthday cake was nicely decorated with a crown, with wads of icing replicating cash, a Hennessy flask.

Also featured featured on the cake was a glaze-made gun which angered social media users who says, it would’ve been perfect without the violent weapon.

“The cake looks fine without the gun, bowy it could a stay, ” one Dancehall fan wrote online.

“Just goes to show the deep rooted nature of violence in our society,” added another.