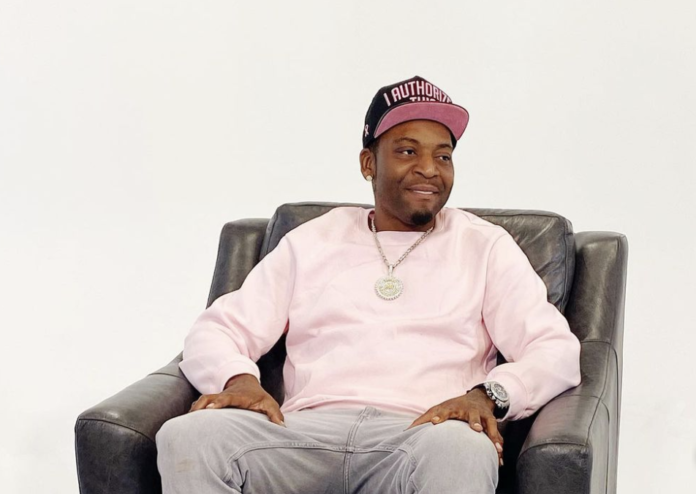 The popular comedian has pulled the plug on his “Passion Weekend” after weeks of promotions.
Majah Hype’s birthday celebration was scheduled to be held from Friday, December 11, to Sunday, December 13, in Atlanta, Georgia.

Spice, Kranium, Jagged Edge, Safaree, Erica Mena and Michael Blackson were all booked for the event.

The cancellation comes just days after Majah Hype’s former lover Latisha Kirby revealed that he abused her “for a long time” during their relationship.

During the emotional video, Latisha Kirby alleged that she was abused repeatedly by Majah Hype during their relationship.

In the video, she apologised to friends and family who she isolated herself from because she says she was unrecognisable after being beaten by Majah Hype and couldn’t answer her FaceTime calls as she hid the abuse that she says has been going on for years.

“I wanna apologize to my mother, my son, my sister, to my niece, to my friends. I detached myself from the people that loved me the most for a long time. I owe you guys the biggest apology,” Kirby said.

“What I’ve been going through, the average person doesn’t go through that in a whole lifetime. I’ve been keeping it a secret for a long time. Hiding abuse is a full-time job. You have to detach yourself from your loved ones, so they don’t know. I did that for a long time.”

“I protected someone that abused me for a long time, but tonight is about my healing, me taking my power back, and me no longer protecting the person that has been abusing me,” Latisha continued.

Latisha the abuse she suffered under the hands of Majah Hype were physical as well as emotional and psychological.

“Imagine having to hide your bruises, and you’re being battered from your family, imagine after being abused and assaulted, you have to console the person that hurt you because now they’re distraught. They want to harm themselves. So now You don’t have the chance to heal, you don’t have the chance to be upset…imagine after going through all those things, you still have to have sex, you’re still expected to be delightful like there’s nothing wrong with you when your face is unrecognisable…”

Latisha became emotional as she revealed that she received no support from close friends who knew about that she was being abused by the comedian, “Imagine people know in your circle what’s going on with you and their first question is ‘well what did you do,’” She said.

OMI “Cheerleader” Featured On Billboard’s Top 100 Songs Of The Decade...