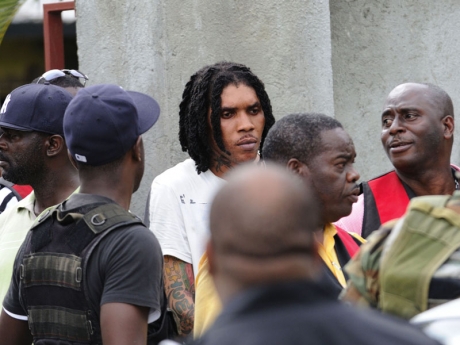 There is still no news on Vybz Kartel’s appeal verdict.

Attorneys representing Vybz Kartel and his co-accused, Shawn Storm, Kahira Jones, and Andre St John say they are still waiting for updates in their appeal trial.

According to Bert Samuels, who represents Shawn “Shawn Storm” Campbell, his client has become increasingly disheartened by the lengthy appeal wait.

He says usually the court registrar would provide an update on the status of appeals, but so far nothing.

“He’s anxious. He’s disappointed by the appeal process; the long wait without hearing anything. We’re waiting; in fact, we have been waiting and we just haven’t heard anything,” he declared.

Last December fans were excited that the decision could be near after it was announced that the process was in an advanced stage. However, no updates have been made since that.

Earlier this week Vybz Kartel released his latest album “To Tanesha,” which is dedicated to his common-law wife Tanesha “Shorty” Johnson. The project debuted at No.3 on the Billboard Hip Hop and R&B charts and has been met with rave reviews.

Vybz Kartel, and his co-accused are currently serving life sentences for the 2011 murder of Clive “Lizard” Williams.