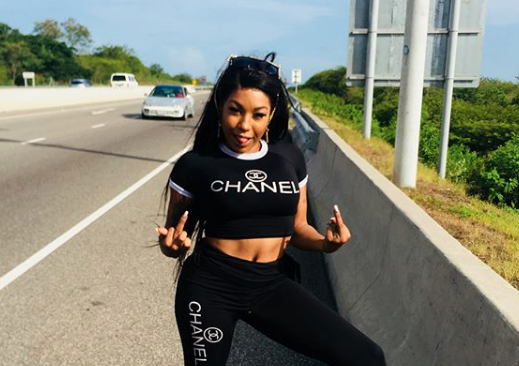 “I will not make the enemy distract my focus,” she wrote via her Instagram story shortly after the video began to circulate online, “All now me cah hear dem seh thanks fi tuff it out wid dem when nothing nah gwan [and] we a drink tea [and] nyam tuff crackers gah we bed before hungry lick we again!,” she added.

Last week, the father of Shauna Chyn’s 10-year-old son took to social media to put the entertainer on blast.

In a video uploaded to social media, Chyn’s baby daddy insisted that the ex-fiancée of Gully Bop is deadbeat mother claiming that she neglected her son three months after giving birth.

The man revealed that the “Control Button” singer took their child without his consent last month and registered him in a new school.

He added that Shauna Chyn failed to play an active role in the child’s upbringing, despite him making several attempts for her to be a mother for their son.