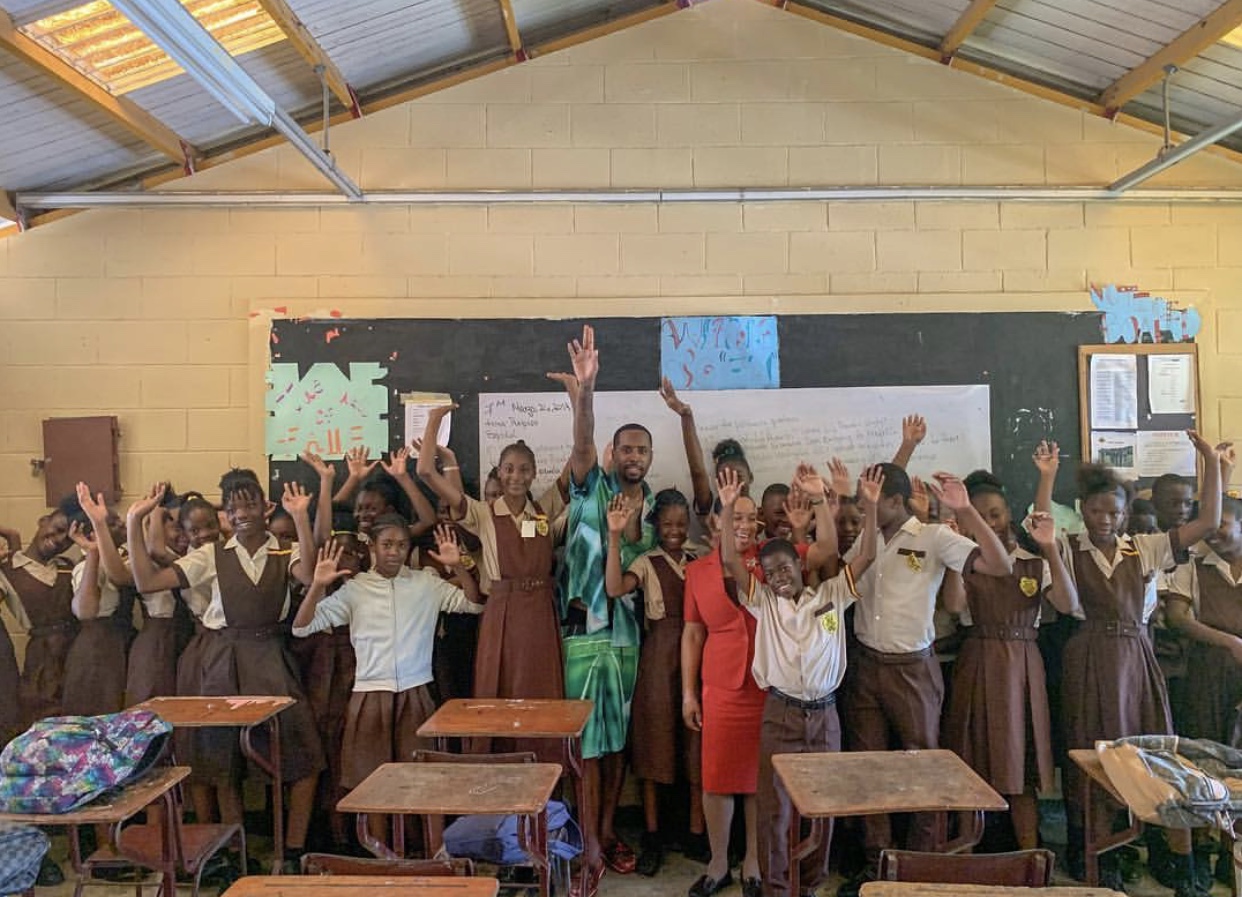 Safaree Samuels will be donating much needed computers and new music equipment to the Merlene Ottey High School to aid the students holistic development.

The Jamaican-American rapper, songwriter and television personality made the announcement via social media on Wednesday.

“I went to merlene ottey high school yesterday down the block from my old house in Hanover and had a great meeting with Mrs cope,” the Stunt Gang rapper wrote. “I will be setting up to get the school new computers & new music equipment for all of their programs! Thank you for welcoming us with open arms??‼️????❤️ Jamaica is where my heart is and my wife has the rest.”

Samuels traces his Jamaican roots to the parish of Hanover so visit the school named after the former track and field sprinter legend was a big deal for him.

In a series of videos uploaded to his Instagram story on Tuesday, Safaree can be heard giving the students motivation and urging them to stay in school.

#Safaree will be donating computers and new music equipment to the #MerleneOtteyHighSchool in #Hanover ???