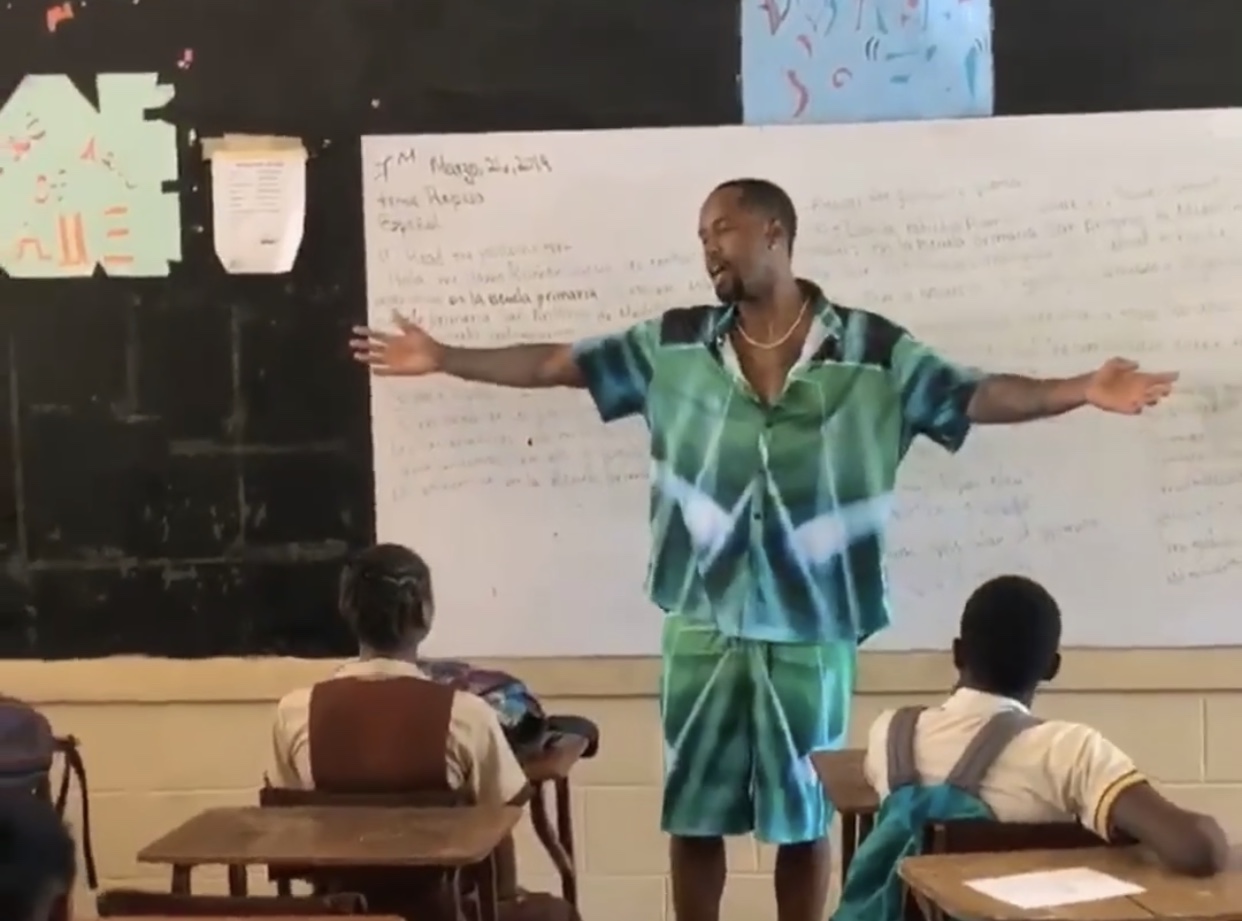 Samuels traces his Jamaican roots to the parish of Hanover so visit the school named after the former track and field sprinter legend was a big deal for him.

In a series of videos uploaded to his Instagram story, Safaree can be heard giving the students motivation and urging them to stay in school.

Safaree said despite being a rapper and starring in Love & Hip Hop: New York, education was always number one of his list and he made sure to finish school.

Watch Safaree speaking with the kids below.