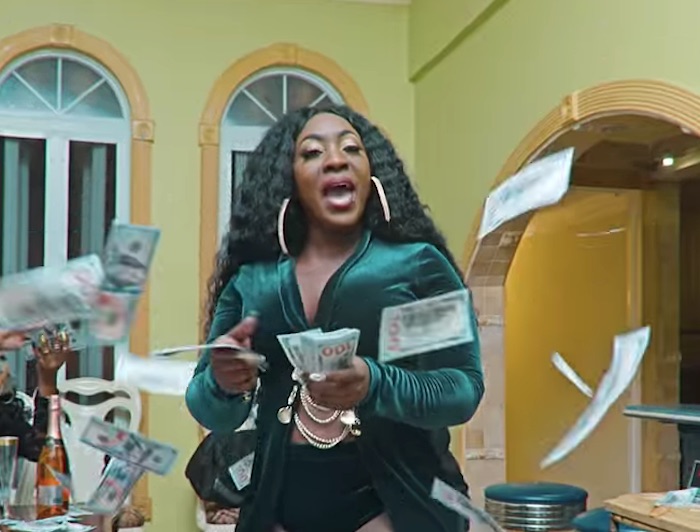 Spice got a hefty title from a fan in New York City earlier this week.

The Queen of Dancehall shut down the Amazura Night Club in New York, New York on Wednesday night and after her stellar performance, a fan said she was the Jamaican Beyonce.

Spice captured the moment on camera, and uploaded the video on Instagram Thursday along with highlights from the night. “You heard the man “Jamaican Beyonce” He said what he said ???,” she wrote while apologising to fans who had difficulties seeing her at the sold out show.

“Amazura New york please forgive me, last night venue was so pack and out of my control. They even flooded the stage and confused the fuck out of my performance. So if you couldn’t see, even from the sides see you next time, Cause after I entered with this song every thing else was crazy. Thanks for coming out #NEWYORK I LOVE YOU??? #RomanticMood #Allwhite,” she continued.

As expected, Dancehall fans on social media at much to say about Spice new titled. Check out video and comments below.