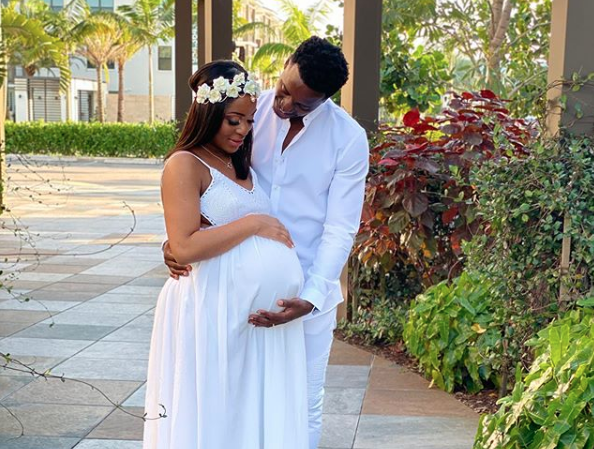 Romain Virgo and his wife are set to welcome their first child.

The Reggae superstar and his wife Elizabeth are set to welcome their first child together in the coming weeks.

The “Soul Provider” crooner made the announcement via Instagram over the weekend by posting a photo of him and his pregnant wife. In the pic, the singer can be seen gleefully holding his pregnant wife’s stomach.

“Counting all my blessings… Name them one by one… So much joy surrounds me… It’s second to none. 🙏🏾” he captioned the post.

Fans immediately flocked to the singer’s social media to congratulate him on the special announcement.

“This is soooooo beautiful ❤️❤️❤️❤️❤️❤️🤗” one fan declared, while another added “That’s a real man rite there 🙌🏾🔥”

This will be the first child for both Romain and Elizabeth who tied the knot back in September 2018. The two had been dating for six years before making it official.

Fans got their first glimpse into the couple’s private life in 2019 after Romain shared a pic of their wedding on their anniversary.

“Happy birthday my love….❤️ 😳Ohhhhh but it’s our Anniversary! 😁🥰 1 up baby! Forever to go…,” Virgo wrote on the post.