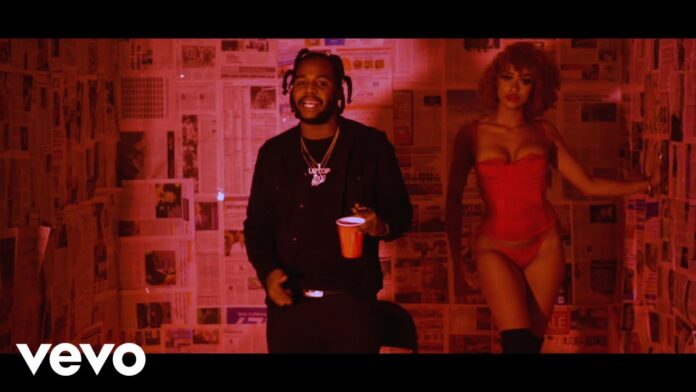 Uptop Boss Teejay has delivered yet another music video.

The Romeich Entertainment artiste linked up with Shab Don Records for “City Of Gods” taken off the new “Money We Love Riddim.”

Cidade de Deus translated “City of Gods” is a 2002 Crime/Drama movie which features the poverty-stricken favelas of Rio de Janeiro, Brazil in the 1970s.

The film follows the lives of two young men who choose different paths; Rocket (Seu Jorge) is a budding photographer who documents the increasing drug-related violence of his neighborhood. José “Zé” Pequeno (Leandro Firmino da Hora) is an ambitious drug dealer who uses Rocket and his photos as a way to increase his fame as a turf war erupts with his rival, “Knockout Ned” (Matheus Nachtergaele).

18 years later, Teejay has recreate the storyline in his hometown of Montego Bay.

Alkaline Rolls Out “We Up” Music Video