Home Entertainment Bounty Killer Reveals That He Was Hurt When D’Angel Left Him For...
Facebook
Twitter
WhatsApp
Email
Digg 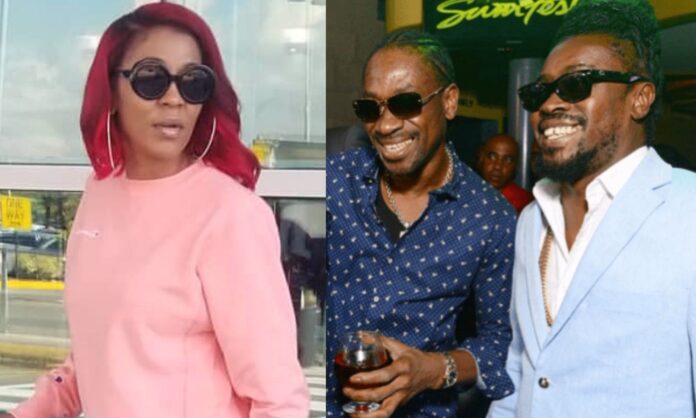 While not shedding tears, Bounty Killer says he was hurt when D’Angel left him and went unto date his rival Beenie Man.

The veteran Dancehall artiste broke his silence when he appeared on this week’s episode of Magnum’s ‘Spice It Up’.

During the show, host Spice asked Bounty Killer if his heart had ever been broken, “My heart has been broken, but I never cry tears. I cry pain in my heart,” he explained. “You know when yuh heart paining, it woulda be much easier if you could get some tears out to let out some of the passion or the emotion.”

The WarLord continued by mentioning Beenie Man and D’Angel’s relationship, citing that the lady of Dancehall left from their 7 year union to date his arch rival.

“Even with whatever relationship with D’Angel and Beenie, people never know that did hurt me. Mi never cry tears. Mi did deh with a woman for deven (7) years and she get up and deh wid u arch rival,” he said.

“But come on. I’m a man. Mi did deh wid a woman fi seven years and she get up and go deh wid yuh archrival. It must hurt yuh. It did hurt Bounty, but Bounty never cry tears,” he responded.

The deejay continued by explaining that he is only human, “Bounty did hurt cause mi a nuh robot. Mi a human being. Mi a Miss Ivy son. But it neva conquer mi. It neva mek mi break down. It neva do nutten extraordinary to me, but mi did hurt, mi did vex.”