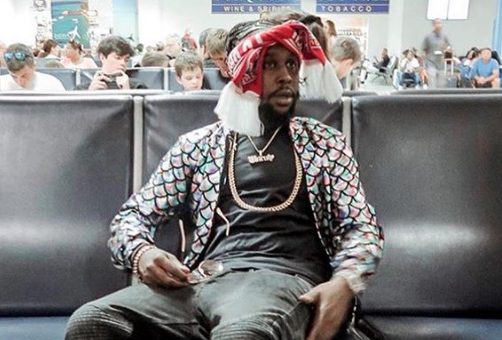 Popcaan is crying foul after a large billboard for his upcoming ‘Unruly Fest’ event was removed in Kingston allegedly by unscrupulous individuals.

In a video uploaded to social media, the international Dancehall entertainer revealed that the billboard was discarded from Dunrobin Avenue.

Popcaan made it clear that despite the fight, the show is still set for December 22.

“Few weeks ago we put up large promo boards around Kingston,” the “Unruly Boss” wrote, “interestingly two of these including this one at Dunrobin has been removed and discarded by clearly unscrupulous persons. We don’t know the motive and it’s sad… but it won’t stop this show… god over devil same speed.”

Popcaan looks to rejuvenate the entertainment climate in St Thomas with the inaugural staging of his Unruly Fest next month.

Popcaan Thanks Drake For His Continued Support

The event slated for December 22 will be held in Lyssons Park in the parish with Popcaan and several Dancehall/Reggae artists performing live in Concert.

According to event coordinator, Sharon Williams, Popcaan always wanted to host a signature event for his hometown, so Unruly Fest has been a long time coming.

Nigerian superstar Davido, Agent Sasco and Capleton are among the confirm acts for the event.