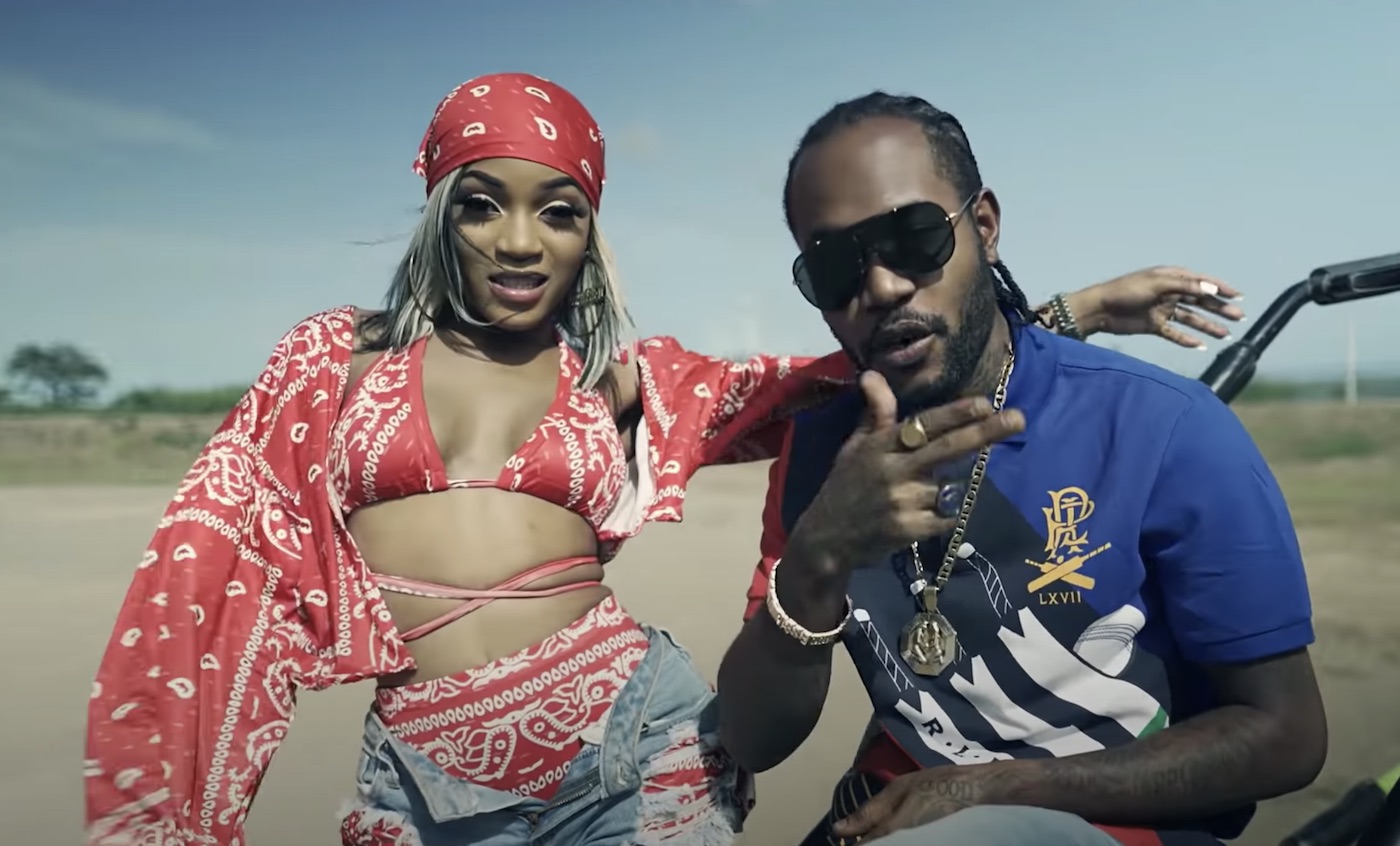 Jahvillani and Moyann teams up to release the official music video for Gangster Love.

The duo collaborated in order to produce the new single and followed up with a release of the music video on Tuesday, July 28 on YouTube via JahvillaniVEVO.

The visuals for the DJ Frass Records-produced single, was shot on location in Jamaica by RD Studios JA. Gangster Love music video starts off with Jahvillani and Moyann turning on their ignition while strapping in their individual ATV quad bikes. In the following scene, they are seen in a dessert, where Moyann begins her intro for the song.

After their adventures in what would seem like a dessert area, the two would then indulge themselves in a paintball shootout. However, it would seem as if the opposition was of light work to the Wileside Government, as he begins to effortlessly tag his opponents, taking absolutely no hits, while singing his verse.