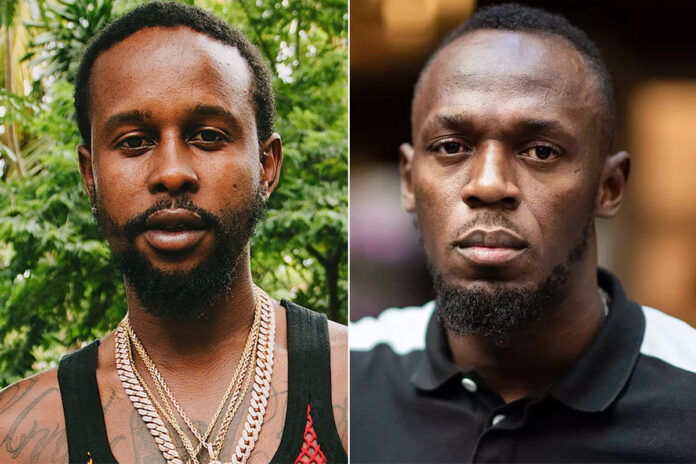 Usain Bolt and his A-Team crew have seemingly clapped back at Popcaan in their latest single “Say Less.”

The legendary sprinter has reacted to Popcaan’s criticisms of their last track “Living The Dream.”

On Friday Bolt dropped his latest effort which also features Nugent “NJ” Walker, Ricardo ‘Bibi’ Gardner, and Kamal. In the tracks intro, he seemingly takes a subtle swipe at Popcaan for his recent criticism.

In the intro Bolt chimes, “Yo a joke this, dem seh A-Team never ready enuh, we shouldn’t get involve inna this.” He would then continue saying, “wah you think dem nuh ready doh lets GO !!”

Since the track’s release, fans have flocked to social media speculating that the line is a direct shot at Popcaan.

Bolt and Popcaan’s spat began after the deejay criticised their track, suggesting that NJ, lacked musical talent. The Unruly Boss would go on to encourage Bolt to help ‘some youth wid real musical talent’ because “them dey ya nuff”.

Bolt and NJ would later defend the single claiming it was actually done to help an aspiring producer, Rajah.

Meanwhile, Popcaan has since declared that he is not sorry for his comments, despite some backlash.