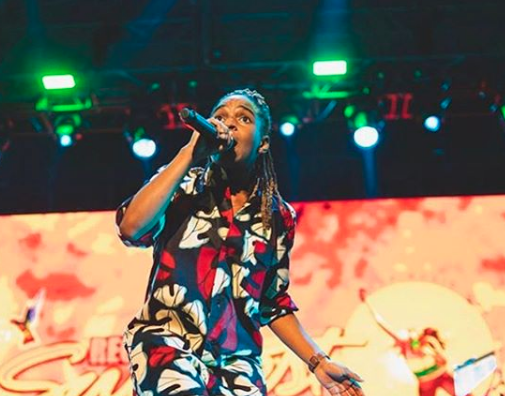 While the Montego Bay-based deejay unfortunately wasn’t booked for this year’s staging, Koffee made sure to plug the One King to his hometown during her set.

“Jamaica I have so much to say but the truth can’t hide. Big up to my fans and supporters I respect this girl Koffee ??blessing fall by mi right hand????that tuff,” Rygin King wrote under a snippet of the “Toast” singer’s performance.

Despite wanting to make an appearance at Reggae Sumfest 2019, Rygin King said disrespect contributed to his absence at the festival.

“I want my fans to know it’s not my fault, I really want to do Sumfest, but it is out of my control due to who is responsible for Sumfest and the disrespect,” he said.

“Dem got to my management from January to book me for the show, but we weren’t pleased with the contract dem send, and got back to them to say we think we have a relationship where we can get together and reason about it. Dem quickly said ‘no’, if me not taking what they are giving me, them don’t want me and dem will find someone else and I’m like, you can’t find someone else to replace me, because a me the people dem waan fi see.”

#RyginKing showing love to #Koffee after she sampled his #Dancehall banger #Tuff at #ReggaeSumfest ❤️?