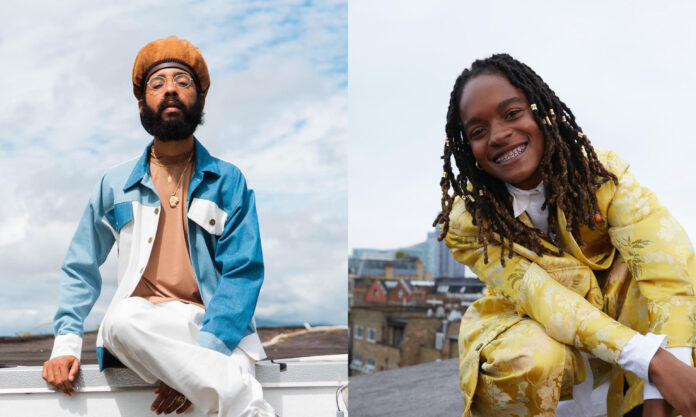 Protoje has teased that something big is in the pipelines with Koffee.

The Reggae superstar got fans excited this week after posting a photo with the “Toast” superstar.

“From you say hello Proto the world know to Dem want more to Touch down UK sell out show New Minister of culture we get some votes @originalkoffee,” he wrote in the caption. “start run up and down people. Switch it up x 2021 ting.”

Fans were immediately buzzing, with many speculating if this was an indication of new music or a music video.

Although he did not reveal the context, It seems fans will be getting an official music video for the track. “Switch It Up” was of course featured on Protoje’s 2020 album, In Seach Of Lost Time.

Some fans are convinced this is the case after the “Blood Money” singer dropped a subtle hint in his caption.

The track was hailed as a fan favorite but was only given a visual teaser video during the album’s promotion.

Despite the mystery, many fans flocked to social media to voice their anticipation for the upcoming project.

“What a piece a shot this man” one fan excitedly declared, while another simply added, “BADDDD.” The positive comments continued throughout, with one fan even requesting the promo art saying, “Oh wow. Can I get a 24″ print? This clean nf.”

Despite the challenges brought by the global COVID-19 pandemic both Protoje and Koffee enjoyed a successful year.

Koffee managed to expand her international appeal with the smash hit “Lockdown,” which also was the most streamed Dancehall song for 2020. Meanwhile, Protoje scored several hits from his album including the smash hit “Royalty” with Popcaan.

Shenseea Plays Down ‘Dancehall Queen’ Talk, Not Concerned With Titles