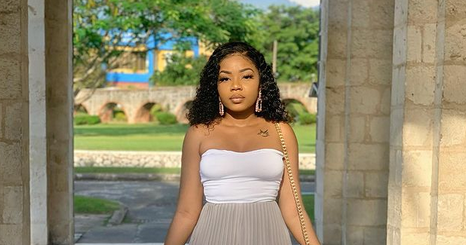 Jamaican YouTuber Tash Fierce decided to ‘shoot her shot’ with over 50 Dancehall stars via Instagram. Let’s see who actually replied!

The popular vlogger’s most recently uploaded saw her conducting a daring experiment, as she sent Dms to over 50 Dancehall stars.

Fierce, seemed pretty nervous at first, fidgetting about until she finally had the courage to take on the prank.

First on her list was the ‘man himself’, Alkaline, as she nervously pondered until finally sending “N-gga you foineeee.”

From there on she just went with the flow, sending messages to dozen, but of course not all of them responded.

Surprisingly, Fierce did pretty well, as she managed to get reactions from more than half of the stars she reached out to.

In part 2 of her video clip, which was recorded the following day, she revealed the ones who replied and what they said.

Meanwhile, Fierce did get shunned by quite a few of her favorites including; Alkaline, Skillibeng, Bounty Killer, and Koffee.

Most of the messages were plain and short but the two most hilarious came from Popcaan and Shawn Storm.

Where she told Popcaan “The trim really have a Buzz,” he replied, “You have some too,” which left her blushing.

However, it was Shawn Storm that gave her the biggest compliment of the night with “How yuh Suh hottt.”

To see the full list of interactions and who said what check out the video below.