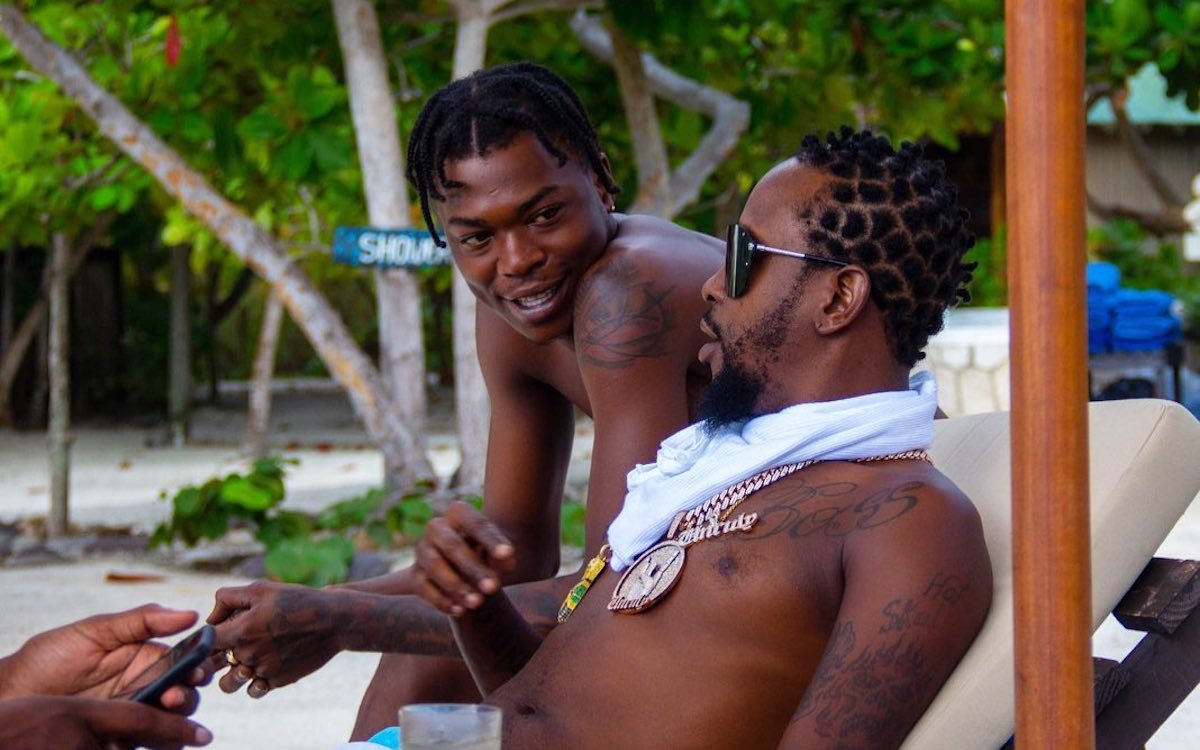 Skillibeng and Popcaan seem to be best of friends and fans are definitely here for it!

The “Brik Pon Brik” deejay has been hanging with his fellow St Thomas native quite a bit in the past few months. From video cameos to resort chillouts there friendship was on full display throughout 2020.

Now, Skillibeng is opening up on the nature of their friendship with Skillibeng acknowledging Popcaan as his mentor.

In a recent interview with BBC 1Xtra Skillibeng praised the Unruly boss for looking out for him and other young artists.

Host Seani B made reference to the pair’s budding friendship based on the track “Pree” from his new mixtape Prodigy. In the track, Skillibeng spits “How yuh fi badmind through Poppy trim ah buzz?/ From yuh violate Poppy, den di trigger pump.”

“Him waah see Skillibeng reach ah some level weh nobody nah too pree fi Skillibeng, an mi respect him fi dat coz is a motivation to Sklillibeng too, cause if ah star ah tell yuh seh yuh need fi reach certain level an yuh have di talent fi dweet, dem ting deh kinda inspirational so big up to Popcaan,” he continued.

According to Skillibeng, the friendship has come full circle, as he has always been a fan of the Unruly boss.

“Popcaan is just a mentor fi Skillibeng an a example, coz mi grow ah listen to Gaza an di whole ah dem ting deh so mi jus have a level a respect fi Popcaan weh different, because him look out fi mi an mek sure seh everyting good wid di artist and mek sure seh mi always active musically so big up Popcaan. Ah mi G like dat.”

Skillibeng’s career has skyrocketed since his breakout hit “Brik Pon Brik” in late 2019. The deejay has scored numerous accolades including recently being name BBC 1Xtra’s Hot For 2021 artist.

During the interview, the deejay took the opportunity to express his gratitude for the acknowledgment.