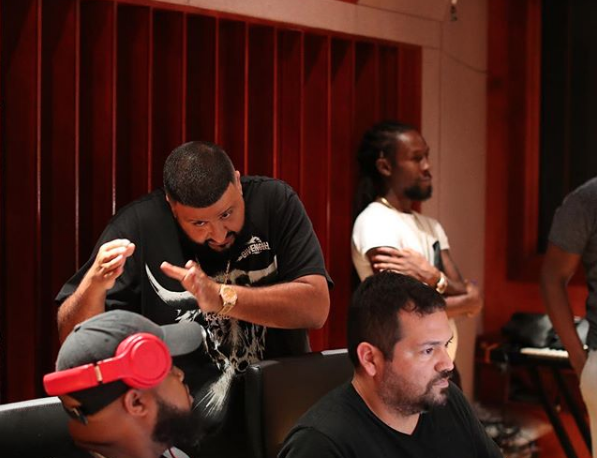 On Monday, the American DJ/producer uploaded a photo in studio working on his upcoming “Father of Asahd” album.

The photo instantly got the attention of Reggae fans after Grammy-nominated singer Jah Cure was spotted in the background.

“Me telling Juan make sure u save those vocals ! back those vocals up ASAP,” Khaled captioned the photo. “Juan said I did …. I said do it again ?? When we record special vocals for special anthems i put it on like 7 drives . Making sure the vocals is secured is major ? alert ? ! FATHER OF ASAHD MUSIC MOGUL #2019soon forward soon reach ??.”

Wait… is that Jah Cure 👀