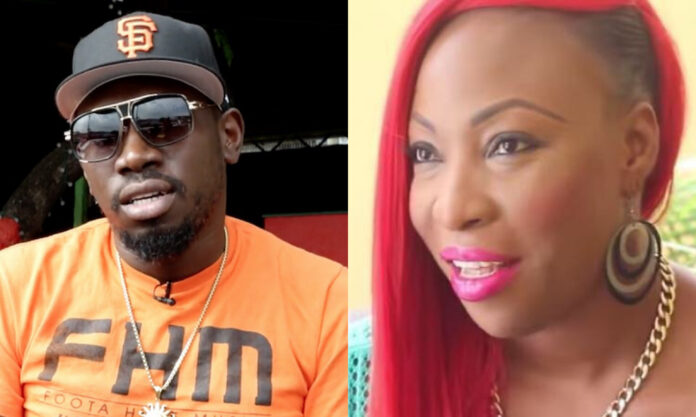 According to Foota, Macka’s recent ‘deliverance’ by a New York pastor was just a desperate attempt to gain attention.

He says he knew Macka was exaggerating after seeing a video of her “talking in tongues.”

The popular disc jock would go on to joke that Macka was trying to compete with Lady Saw and Spice to prove who loves God the most.

“Suh mi believe shi kinda extra it up enuh. Suh Macka, yuh like God and everything, but all a da extraniss deh, an a talk inna tongues, I don’t buy it; I don’t believe it. You a extra it up Macka; yuh put on a show. Caw Memba Macka nuh ramp enuh. Macka believe inna goin viral enuh,” he argued.

Last week Macka Diamond was heavy criticized by fans after a video clip of her emerged on social media. In the clip, the star was seen being anointed by New York pastor Leslie Morgan.

Fans branded the act as disingenuous after she posted photos of herself on a cross on Instagram. Many assumed that the images were part of a grand scheme for promotion or a music video.

However, these speculations turned out to be incorrect, as the pics are actually from a 2014 music video, Wicked Heart.

RT Boss Says He No Regrets Over Squabble With Spice