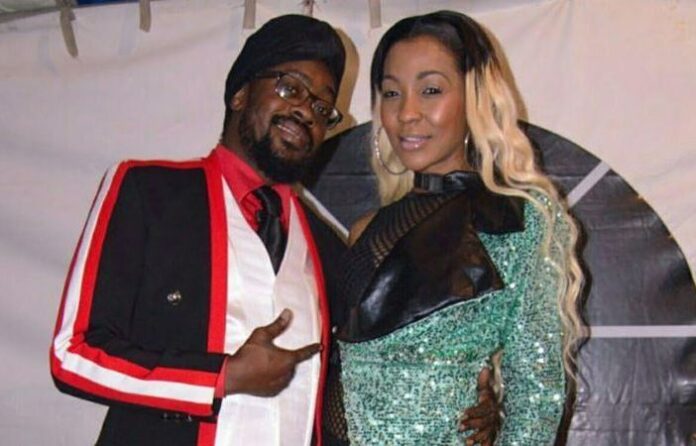 D’Angel says she didn’t mean to hurt Bounty Killer when she left him and went unto date and marry his rival Beenie Man.

During an Instagram Live Friday night, D’Angel said the relationship with Beenie wasn’t a malicious act to hurt her ex Bounty Killer.

According to the Lady of Dancehall, she didn’t even start a new relationship until a year had passed. “Mi never set out fi do that, it happened because mi left Killer one year after me move on,” she said.

D’Angel explained that one of the major reasons she ended her relationship with Bounty Killer was because he didn’t support her dreams of becoming a recording artiste.

“When me meet Beenie Man now him a show mi a different light. Him a seh, ‘come do music, come do yuh ting and be happy wid weh yaa do’. We never meet in a relationship, we meet fi do music,” she continued.

D’Angel and Beenie started to share a connection through making music together, and eventually, Beenie confessed his love. She admitted to being apprehensive at first but said she and the “King of Dancehall” singer stayed in contact every day.

The “No Worries” singer and Beenie got married in 2007 after the deejay flew her out to England and popped the question.

“Di man fly come a England…him meet mi a mi sister yard and him just tek out a ring and seh, ‘will you be my wife?’… It was very emotional, mi never know wah else fi do. We’d been communicating, him been a talk to me every day so we start build a bond and mi fight him. Mi push him off and mi seh, ‘mi cya date yuh’ and him keep on saying, ‘why you wouldn’t want date mi.’

The former Dancehall power couple called it quits back in 2010, “I had to divorce him too because mi realise seh people grow and they move on… Me wanted some different things in life,” she explained.

Earlier this month, Bounty Killer appeared on Magnum’s ‘Spice It Up’ and shared that he was heartbroken by D’Angel and Beenie Man’s union.

During the show, host Spice asked Bounty Killer if his heart had ever been broken, “My heart has been broken, but I never cry tears. I cry pain in my heart,” he explained. “You know when yuh heart paining, it woulda be much easier if you could get some tears out to let out some of the passion or the emotion.”

The WarLord continued by mentioning Beenie Man and D’Angel’s relationship, citing that the lady of Dancehall left from their 7 year union to date his arch rival.

“Even with whatever relationship with D’Angel and Beenie, people never know that did hurt me. Mi never cry tears. Mi did deh with a woman for deven (7) years and she get up and deh wid u arch rival,” he said.

“But come on. I’m a man. Mi did deh wid a woman fi seven years and she get up and go deh wid yuh archrival. It must hurt yuh. It did hurt Bounty, but Bounty never cry tears,” he responded.

The deejay continued by explaining that he is only human, “Bounty did hurt cause mi a nuh robot. Mi a human being. Mi a Miss Ivy son. But it neva conquer mi. It neva mek mi break down. It neva do nutten extraordinary to me, but mi did hurt, mi did vex.”

I-Octane Cheat Death Twice In One Night After Car Accidents In...