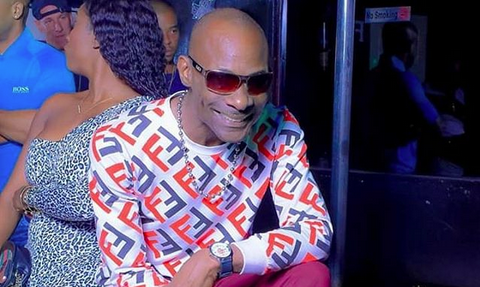 Bad Boy Trevor has vowed to be an advocate against COVID 19.

Reid was arrested last Sunday for hosting a pool party during the government’s ban on social gatherings. He was charged along with a 22-year-old Keneil Smith, who is a cashier.

According to Reid, he is deeply regretful about his actions as he reflects on the entire situation.

“Being home and watching CNN and seeing how serious the virus is, I would like to apologise to the Jamaican people. My actions were selfish and if I could turn back the hands of time, I would,” he said. “I was ignorant of the official situation as I didn’t know that house parties were banned and what started off as a private party for 20 people, spiralled out of control. Because of people selfies on IG (Instagram) and videos, more people turned up. I would never knowingly put the lives of my fellow Jamaicans at risk. I am a patriotic Jamaican,” he told The Star.

Reid would go on to beg fans not to judge him based on his error, claiming it was just a lapse.

“I am going to become an active advocate for cleanliness and healthy living which can stop the spread of COVID-19,” he said. He then declared that, “I have a couple gallons of hand sanitisers to give away to ghetto people who may need it. I just want to show that I am really sorry.”

The 50-year-old actor was charged with breaches of the Disaster Risk Management Act, Noise Abatement Act, S.O.E Act, and Spirit Licence Act. He is set to appear in court on April 24.

Several members of the entertainment fraternity have lashed out against Reid on social media. He was blasted by stars such as Mr. Vegas and Ricky Trooper who called him out over his ‘careless’ actions.

“We have some people in the entertainment industry weh make it look bad pan we. Unu can’t buil’, unu can’t hold it?” Trooper said in a video. “Unu think fi go play music or collect money more dan people life? Some a unu is a set of dog s**t man.”