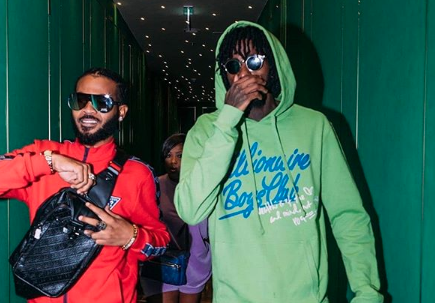 Alkaline is embracing the role of mentor with his latest single “Riches.”

The Vendetta deejay has placed the spotlight on his young proteges with the release of his latest single.

The highly praised track, sees the deejay sharing the glory with his young talents Sashi Cool, Star Captyn, and Knaxx.

The single, which was released on January 13, is gathering significant attention, racking up over 387,000 views on Youtube. It sees the deejay linking up once again with Gegodon Records for the infectious track.

“The song is blowing up all over the Internet. It landed number one on YouTube’s trending with over 280,000 views. So the Gunz dem out,” he said.

Fans on social media have given the track mostly favorable reviews, with some praising his efforts to highlight his young proteges.

“Look at that, just 26 years old and giving other artists a voice. Well done. Vendetta. Oshhh. Look at the positive impact,” one fan said, while another declared, “This song over the roof 🔥🔥🔥 if anybody say this song aint hard i’m giving them some profanity.”

The 26-year-old deejay has emerged as one of the most successful Dancehall superstars in recent history. The deejay has gone on to scored countless hits since his breakout in 2013 with “123.”

In 2016 the deejay became the first Dancehall artist to top the Billboard Reggae Albums chart in five years with his debut project “New Level Unlocked.”