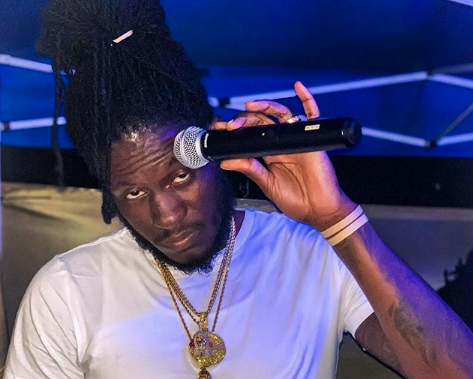 Dancehall star Aidonia was reportedly involved in another car accident over the weekend.

Reports are a bit sketchy at this time, however the accident reportedly occurred on Saturday night, luckily Aidonia was not injured in the collision.

A video of the 4th Genna deejay on the scene of the accident is currently making rounds on social media.

This is the second car accident involving Aidonia this year. Back in April, the deejay crashed his brand new Mercedes-Benz AMG GLE 63 Coupe SUV.

“JAH IS REAL ! LIFE A DI GREATEST! GIVE THANKS!!!! RESPECT TO ALL A WHO REACH OUT AND ALL DA PRAYERS HEART A ❤️,” he wrote after the news broke earlier this year.