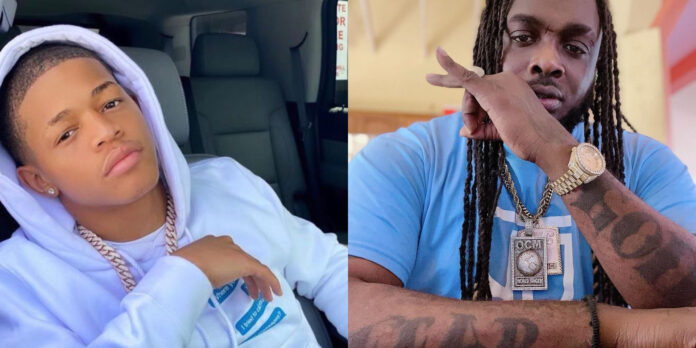 R&B singer YK Osiris is already planning his return to Jamaica and has big plans in store for fans.

The “Worth It” singer is back home after enjoying a Valentine’s getaway with his current boo in Jamaica. The singer was dubbed “Minister Of Tourism” by fans online following his hilarious throughout the trip.

On Thursday the singer took to Instagram Live to share a moment with singer Jah Vinci before his departure. During the Live the singer announced plans to return for a collaboration and music video.

“I’m coming back down here…I’m coming to Kingston, next week,” YK told Jah Vinci. “We gotta bring the whole Jamaica out.”

Jah Vinci promptly replied saying, “Yeah bro, link up dawg.” He then added, “Yow..dem keep on a ask mi if we nah go do a song. I tell dem seh we did that sh-t already bro,” alluding to their 2019 track “Closer”

Jah Vinci would then go on to recall the first time they collaborated on his “Golden Child” album. “When mi inna Atlanta di dawg treat mi good. We pull up and we vibe, you naah mean. We go inna di studio, hold a vibe.”