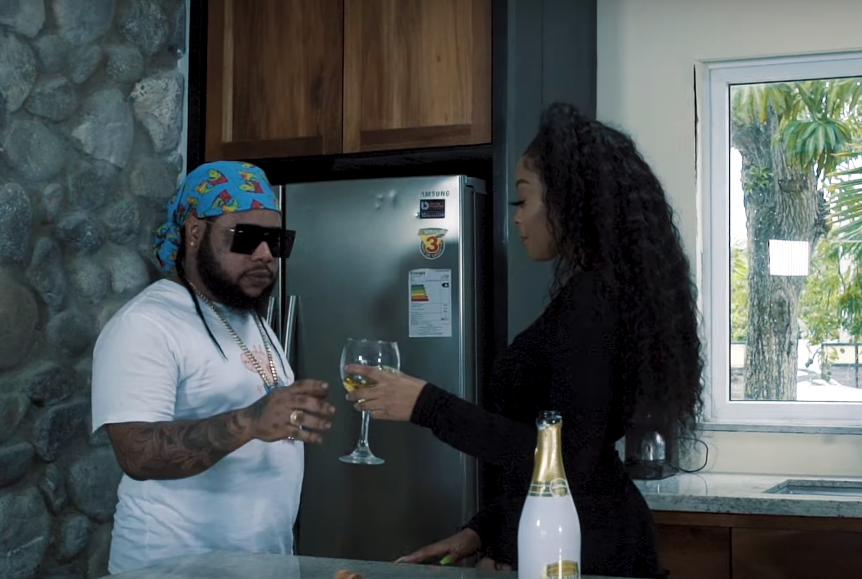 The incarcerated Dancehall entertainer first collaborated with the 6ix Boss back in February on “Can’t Be The Same” and now they are back with another banger just in time for summer.

The “Money Fever” deejay later hit the streets with his crew for a local event which saw 6ix member Chronic Law making a cameo.

“Dark shades and me white Ts / Pick up me car keys / Cuban link and me Nike / When the girls them see me them say we white eeen,” Squash deejays over the beat.