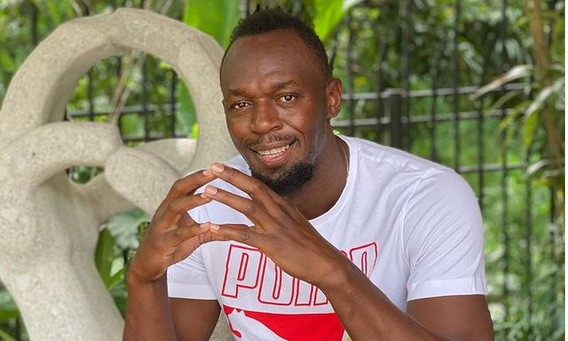 Usain Bolt has made laughing off the trolls of his non apparent verse on recent “Living The Dream” collaboration.

Last week the Olympic sprint legend dropped his latest single, a collaboration with best friend and manager, NJ. However, the track left many fans confused as they were left waiting for Bolt’s verse.

Some fans openly questioned the sprinter’s role on the track, even hilariously branding him as the Jamaican Dj Khaled.

The trolls did not go unnoticed by Bolt, who clapped back with an equally humorous response. It seems by Bolt’s logic his verse was so just too fast for the average ear so he will have to slow down.

“Ok my Ppl I understand my verse flew by so fast. 💫I wonder if it’s because I’m the fastest man alive. Ok for the next song I’m going to try slow down my verse so u”ll can hear,” he joked.

Fans were totally up for the jest, as many took to social media to add to the fun.

“The auto tune make we didnt know its u,” one fan joked, while another added, “less auto tune n him gone a lead 💯”