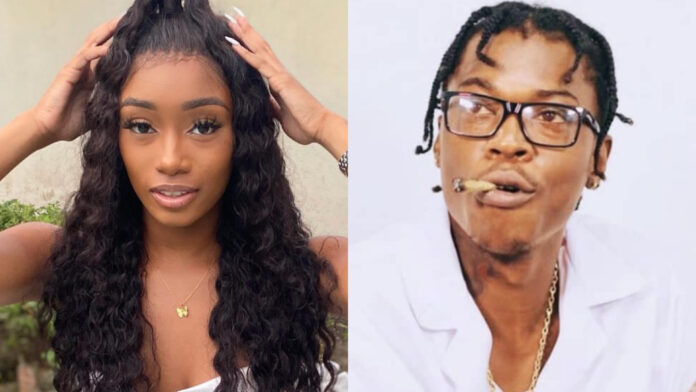 Jamaican YouTuber Taveion Telfer has confirmed that she is Skillibeng’s new girlfriend.

Taveion was also spotted with Skillibeng and his family on Christmas day as they enjoyed dinner.

After weeks of speculations, Telfer took to YouTube on Monday to confirm the rumours that she is in fact dating the “Brik Pan Brik” deejay. “Skillibeng and i are together, we are in a full blown relationship,” she said to her 19.5k subscribers.

The YouTuber is now Skillibeng’s “Rose That Grew from Concrete” after the Eastsyde deejay had a messy breakup with Leshii Beng back in October.