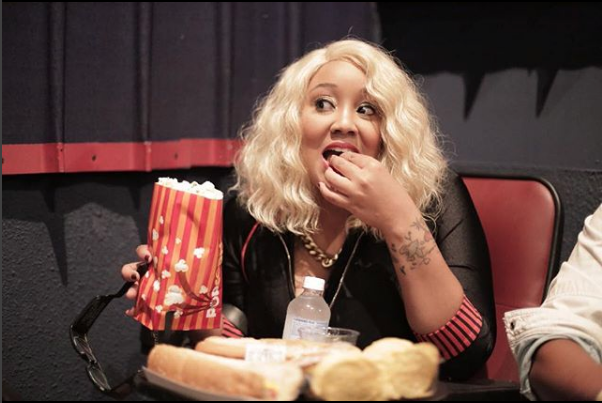 Tifa is calling out Dancehall fans and disc jocks who recently expressed that the genre is yet to produce any summer party anthems for this season.

The Dancehall Diva took to social media earlier this week to blast industry players who she claims are overlooking her new ‘JA Party’ single.

“Me see everybody a cuss bout there is NO summer song & me drop “THE SUMMER SONG” #JAPARTY & nuff a dem a gwaan like dem blind cause it’s not from one of your popular MALE artistes… Look like a only when we sing bout dash out front and take people man unu pay females mind!…,” she wrote.

According to several disc jocks, this may be the weakest year in recent memory in terms of hits as the industry has failed to produce any massive hits for the summer period like previous years and it’s already July.

The disc jocks pointed out that every summer is usually defined by one massive song, last year it was undoubtablely Aidonia’s “Yeah Yeah” while 2016 was dominated by Xclusive’s controversial track “Scamma Dem Deh Ya.”

However, Tifa says she disagreed with this opinion claiming that selectors are just overlooking the work of some artists, namely females who are largely ignored if their content is not centralized on “dash out” or “tek people man” topics.

Tifa says “Ja Party” is the lead single from her highly awaited debut 15-track album “Curry Goat and Champagne,” which will be release later this summer.