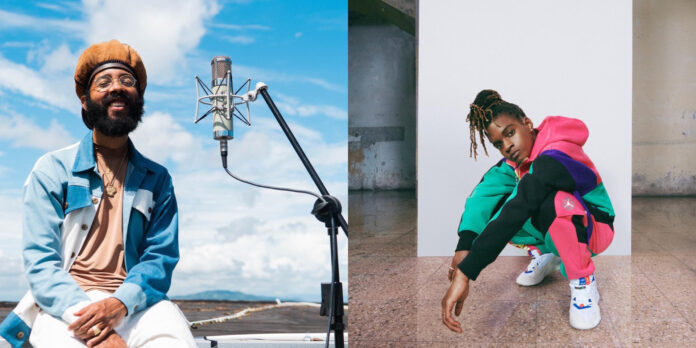 Protoje and Koffee have dropped the visuals for their single “Switch It Up.”

The two Reggae superstars have dropped the highly anticipated visuals for their 2020 single, featuring a star-studded cast.

In the video, Protoje and Koffee play the role of socialites, hosting an exquisite dinner with friends. The setting looks like something ripped straight from the pages of James Bond’s Casino Royale.

There are tons of celebrity cameos throughout the video, with some of the singers closest friends showing up. Some of the famous faces spotted include Jesse Royal, Lila Ike’, Sevana, and Jaz Elise.

The video, which is directed by Xtreme Arts, has a very regal atmosphere. The vibrant color schemes are provided by the candlelit dinner, flicking lights of the slot machines all control the energy on set.

The track was originally released in 2020 and featured on Protoje’s n Seach Of Lost Time. The track was hailed as a fan favorite but was only given a visual teaser video during the album’s promotion.

Usain Bolt Expands Scooter Company In The US