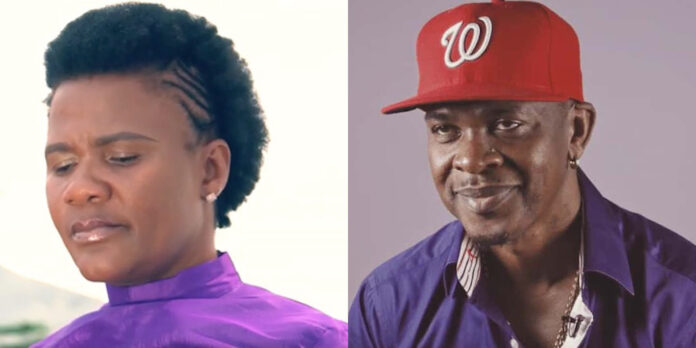 Dancehall artiste Mr. Vegas has been one of Minister Marion hall’s harshest critics, and she thinks she knows why.

But Hall says she used to the “Heads High” deejay being critical towards her. In fact, she claims his bitterness stems from an incident in 2015.

“I went to Ocho Rios and I was doing a concert with other people from the gospel fraternity,” she recalled. “Something like a dark force, like something was over the whole venue… I start praying but I ended up on the floor.”

“I remember they cut up the video and they put up a blog about me. A producer and a artiste from the dancehall fraternity laughing at me saying me mad but I didn’t even acknowledge him because what was happening was the artiste was telling people he was gonna give his life to the Lord and was walking with the Lord now.”

According to Hall, Mr. Vegas called her following the incident and she gave him some advice that would spark bitterness.

“When me and him finish having the conversation the Lord say, ‘Call him back and tell him he can’t have one foot in and one foot out.’

“It’s like he knew that I know he was lying about serving the Lord so from then everywhere you look he’s against me and my Christianity. she declared.

However, Hall says she decided to just the deejay be as he had crossed a line that he could not repair.

“When you blaspheme against the holy spirit that is one sin that cannot be forgiven so I leave them to their own demise.”