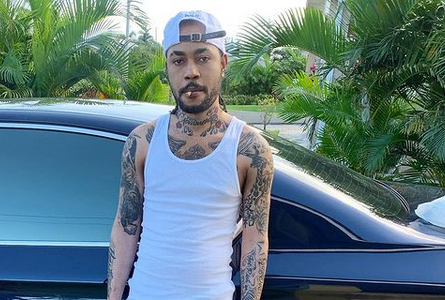 Jahvillani has dropped a brand new track “Bleaching Cream” to go along with his lighter skin tone.

On Tuesday the Dancehall superstar dropped the new track which speaks to the practice of skin toning.

On the track, Jahvillani tells fan how he ‘rubs on his bleaching cream’, a practice he claims is loved by the ladies.

Although the practice is often criticized, the deejay fully endorses it in the track. He not only endorses bleaching but encourages fans to use high-quality products, noting that inferior quality products are responsible for skin damage.

“Cheap bleaching make kin bun up, so me check arcade for the product, Pull over, pull on when the sun up – you nuh see me skin white like coco,” he spits on the track.

Since its release, the track has racked up over 38,000 views on YouTube. It is currently #25 on the local trending list.

However, it seems the track has stirred up some controversy as some fans have criticized the track.