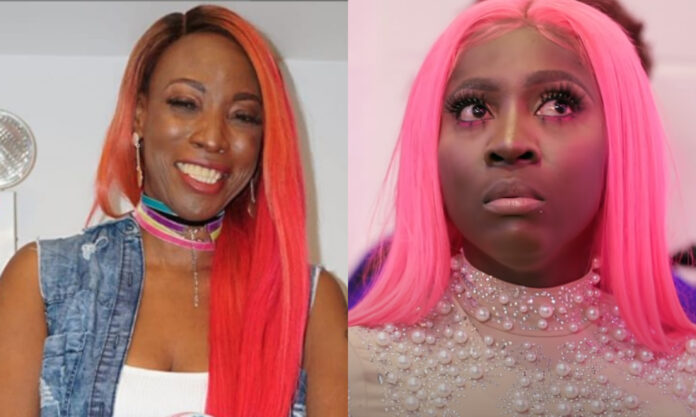 Macka Diamond is taking aim at her longtime rival Spice with a brand new diss track titled “Set Me Free.”

The Dancehall veteran sent tongues wagging as she dropped the brand new track on her 50th birthday.

The “Whoola Hoop” deejay took to Instagram to debut the single, which addresses allegations of her being ‘obeahed’ by Spice. The Revival-sounding track samples the chorus of a traditional Christian song He Set Me Free.

The track follows recent allegations made by Spice’s former friend and spiritual advisor Nardo “RT Boss” Smith. The controversial figure claims that he helped to hold Macka’s career back in order for Spice to thrive.

However, Spice would rubbish the claims labeling RT Boss as a liar. “Macka that man never obeah you, it’s another Lie to make me look bad. You got your biggest hit songs AFTER WE WENT TO STING SO BE WISE,” she clapped back.

In the song, Macka doesn’t refer to Spice by name but did use a snippet of Smith’s verbal confession in the intro.

“A who fah name dem bury up unda guango tree, God release mi, a him set mi free, From who a guh a Obeah man an a sleep wid monkey,” it continues.

During her Instagram Live session on Tuesday, she was asked why she released the track despite moving closer to God. “I am taking bad into good and making money. Who cares?” she replied to a fan.

On Tuesday Macka Diamond celebrated her 50th birthday and over three decades in the Dancehall industry. The Dancehall star celebrated while thanking fans for showering her with gifts.

Earlier this week Macka made headlines after telling fans to bless her with gifts of cash for her birthday this year.