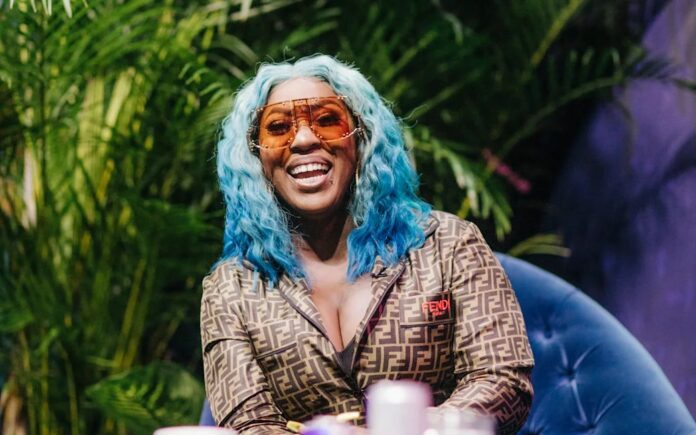 Is Spice going going under the knife yet again? or is this just an elaborate PR stunt to promote a track?

The “So Mi Like It” surely knows how to get fans talking and earlier today she did just that. Spice sent tongues wagging earlier today as she posted a series of images in a medical facility hinting she was going under the knife.

“Promised myself I’ll never ever get another liposuction. The after pain is not my style and mi can’t bandage up miself cause mi claustrophobic,” she captioned the post.

The post was met with mixed reactions from fans, many of whom were convinced this was just a PR stunt.

“Spice you nah trick me again enuh ohhhh, hurry up and release the video 😂😂” one fan joked. This reaction was also echoed by another fan, who said “Yah get lipo inna makeup thou 😂😂😂😂new music video coming.”

It seems the speculation was right, as the deejay soon dropped another photo confirming fan’s theories. In the second photo, the previously unseen doctor was revealed to be Dancehall star Demarco.

“Watch my life dem a watch my life,” Spice captioned the photo, possibly making reference to the track’s title.

The reveal was well received by fans, as many took to social media to compliment the star. “Mi love this👏👏👏❤️❤️,” one fan declared while another joked, “Demarco switch professions now. Him turn doctor 😭😭😭”

In 2019 Spice sparked similar controversy after she posted several images of herself with a lighter skin tone. It was later revealed to be a marketing ploy for her single “Black Hypocrisy,” from her Captured Mixtape.

‘It Wasn’t Rytikal’s Gun,’ Deejay’s Camp Maintains His Innocence Ahead Of...