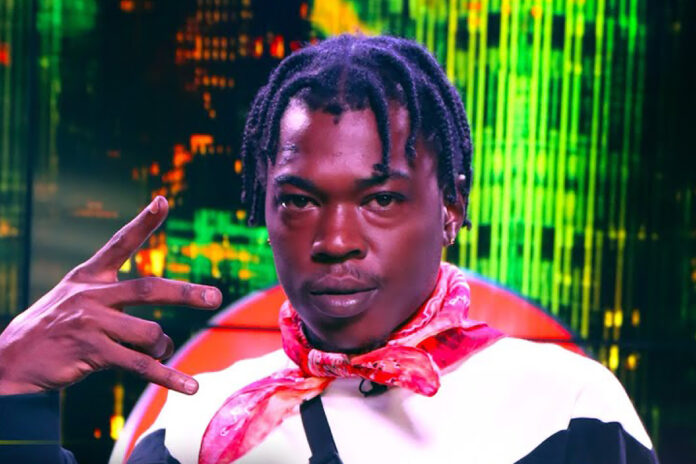 Last week headlines were dominated by a mysterious crash landing of a private jet in Rocky Point, Clarendon. Authorities were left befuddled as the wreckage showed no signs of pilots or its cargo.

It seems many Jamaicans have formulated their own theories of what was on the plane, including deejay Skillibeng.

The “Brik Pon Brik” deejay had fans talking over the weekend as he released his new music video.

In the visuals, Skillibeng is seen posing in the wreckage of the plane while relating his Narcos styled lyrics.

“The plane just crash wid the coke / Me no put it inna me nose / Sell me sell it like say me have a store / We a the plug not the one wa charge phone,” he spits on the track.

Although most fans saw accepted visuals for its entertainment value others were far more critical.

“How Skillibeng shoot a video with the plane that’s under “investigation”?” one Twitter user asked. This concern was also echoed by another fans who said, “a suh Jamaica run lose? man just shoot video on investigation scene.”

However, the criticism did not stop there as many fans also suggested that deejay’s music was lacking quality recently.

“If skillibeng next 3 song flop it’s over cause coke plane never hit lmao,” one fan joked, while another said “Skillibeng needs a little quality control.”

Similar sentiments were also echoed by another fan who wrote, “Skillibeng must’ve thought he made it so far he got the Midas touch. He’s mistaken. Sorry to say but ine think Coke is it bro.”

However, it seems the criticism has done little to hamper the popularity of the track. Since its release, “Coke” has racked up over 632,000 views on YouTube. It is also number one trending on the local trending list.