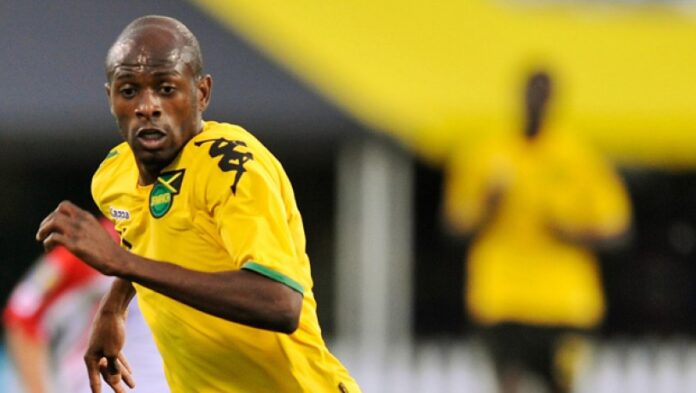 The 35-year-old former national striker is dead after being found unresponsive at home earlier today.

Shelton had been battling Amyotrophic Lateral Sclerosis (ALS), or Lou Gehrig’s disease for years. ALS is an illness that causes the motor neurons inside the spinal cord to die and over time. It causing muscles to degenerate progressively, leaving the person unable to move, speak, swallow and, eventually, breathe.

Shelton was first diagnosed with the disease in 2018, 19 months after suffering an injury while playing for Harbour View in February 2017.

Tributes to the football star have already started pouring on social media as many send condolences to his family and friends.

The Trinidad and Tobago Football Association shared on Twitter, “the local fraternity extends sincerest condolences to the family of former Jamaican International Luton Shelton. Our condolences are also extended to all those at the Jamaica Football Federation.”