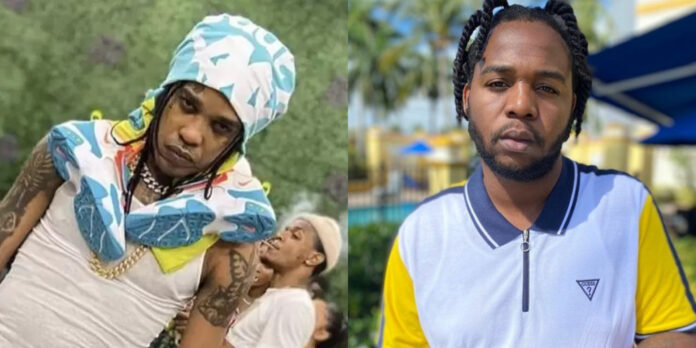 The two Montego Bay-based stars have teamed up for the first time on the brand new produced by Damage Musiq.

The motivational track is already creating a buzz with fans after being released earlier today. It is the latest project from both stars who enjoyed a fruitful 2020 with several chart-topping singles respectively.

It track opens up with a powerful line from embattled deejay Tommy Lee saying “is like dem forget say man a human being and we all got sin so we nuh perfect.”

The track then launches into the chorus where both stars croon about the struggles of making it to the top.

“Them say fi be yuh self but when yuh be yuh self dem quick fi judge yuh, dawg mek up yuh mind” Tommy Lee croons. The message is picked up by Teejay in the verse who adds, “Prayer as mi wake, watch the road mi walk mi beg yuh guid mi from the snakes.”

Since its release, fans are already praising the track as one of the best efforts for the New Year so far. “When I Saw Jeejay ft Tommy Lee Sparta, I Knew It Was Gonna Be Something Great. ❤💯,” one fan declared.

The track’s producer Dwayne Parkinson says he has high hopes for the track, and hopes it will help to inspire many.

“This song is a very motivational track. The message is inspiring with a catchy, singable melody. Expect soulful, uplifting messages for the young people, reassuring them of life’s purpose,” he said.

Lila Iké Teams Up With Skillibeng For “Thy Will” Remix