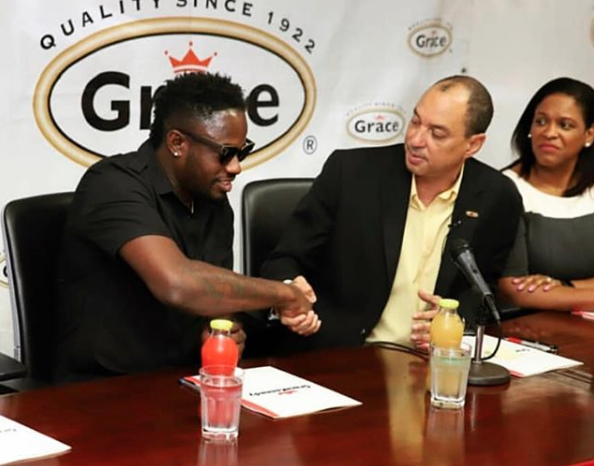 Grace Foods, a subsidiary of the Grace Kennedy Group, said it first approached Ding Dong earlier this year to be the voice of their “Flava with A Beat” campaign that was aimed at refreshing the Grace Foods brand.

“I met Ding Dong recently and after speaking to him for two minutes, I knew that this is the gentleman I wanted for the brand ambassador for GraceKennedy. He represents what is needed in this day in Jamaica — a good role model to our youngsters with clean lyrics and positive vibes,” Wehby added.

Meanwhile, Ding Dong said “it has been a real pleasure to be a part of this company at every level. When I think about where I’m from and what I’ve been through and to know that I am now representing a brand like this is overwhelming.”