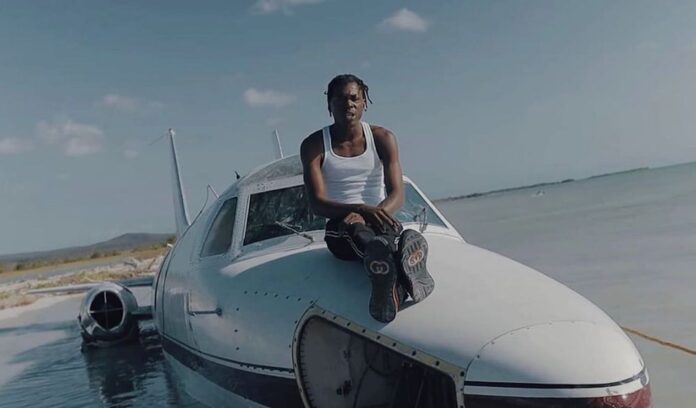 The “Brik Pon Brik” star recently sparked controversy this week after dropping the visuals for the new track. In the music video, Skillibeng is seen posing in the wreckage of a crashed plane under investigation.

The footage led fans to question how the deejay was able to casually gain access to the active investigation scene. “How Skillibeng shoot a video with the plane that’s under “investigation”?” one Twitter user asked.

However, according to EastSyde Records representative Tajay Edwards they had no intention of hindering any investigations.

“We at EastSyde Records have the utmost respect for the security forces and the laws of the State. It was never the intention of the artiste or the team to defile the works or efforts of any investigation.”

According to Edwards, they only decided to shoot at the location after realizing it was attracting many others.

“The EastSyde team was out on a road trip, and passed through the area. We were intrigued to know that the site was being labelled a ‘new attraction’ for Rocky Point,” Edwards said. “We were unaware that the site was part of an investigation as when we were there, locals and domestic tourists were on site.”

Meanwhile, the police’s Corporate Communications Unit have released a statement saying they have wrapped up their investigations. “Officially, the (Jamaica) Constabulary Force, having done its initial investigation in relation to the plane crash, has no further interest in the aircraft.”

Since it’s release, the track has racked up over 977,000 views on YouTube, making it the number one trending locally.

Munga Honorable Returns To Court In Relation To The Murder Of...