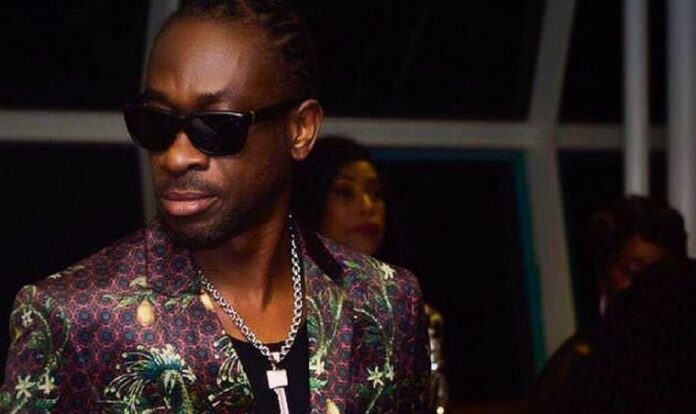 Bounty Killer is giving a shout-out to his “pure four” alliance members while snubbing some notable names.

The “Warlord” is once again paying homage to his former alliance members by saluting what he calls the “pure four.” The deejay made the declaration while posting a throwback photo with Wayne Marshall, Bling Dawg, Busy Signal to Instagram.

“The pure four one of my favorite Alliance pic the king of Kingston and his king sons Holy Sunday,” he captioned the post.

Although the post was greeted was predominately positive reactions some fans are suggesting there may be some shade involved.

“Di 3 most loyal soldiers,” one fan commented. “‘Pure’ being the main word,” another suggested.

According to some fans, the post was a compliment to some and a slight to others. The perceived slight is presumably towards some of the deejay’s other protege’s namely Mavado, Vybz Kartel, and Aidonia.

Some fans would even go on to outright question why the other stars were not included, while others defended their favorites. “Vado was the underdog but he came out on top and on of the best from the group,” one fan declared.

In recent years Bounty Killer has mended his broken friendship with former protege Vybz Kartel. Last year the once bitter rivals both took to Instagram to salute each other in a heartwarming display.

It remains to be seen if Bounty Killer’s “pure” statement was meant to be a dig at any of his former pupils.