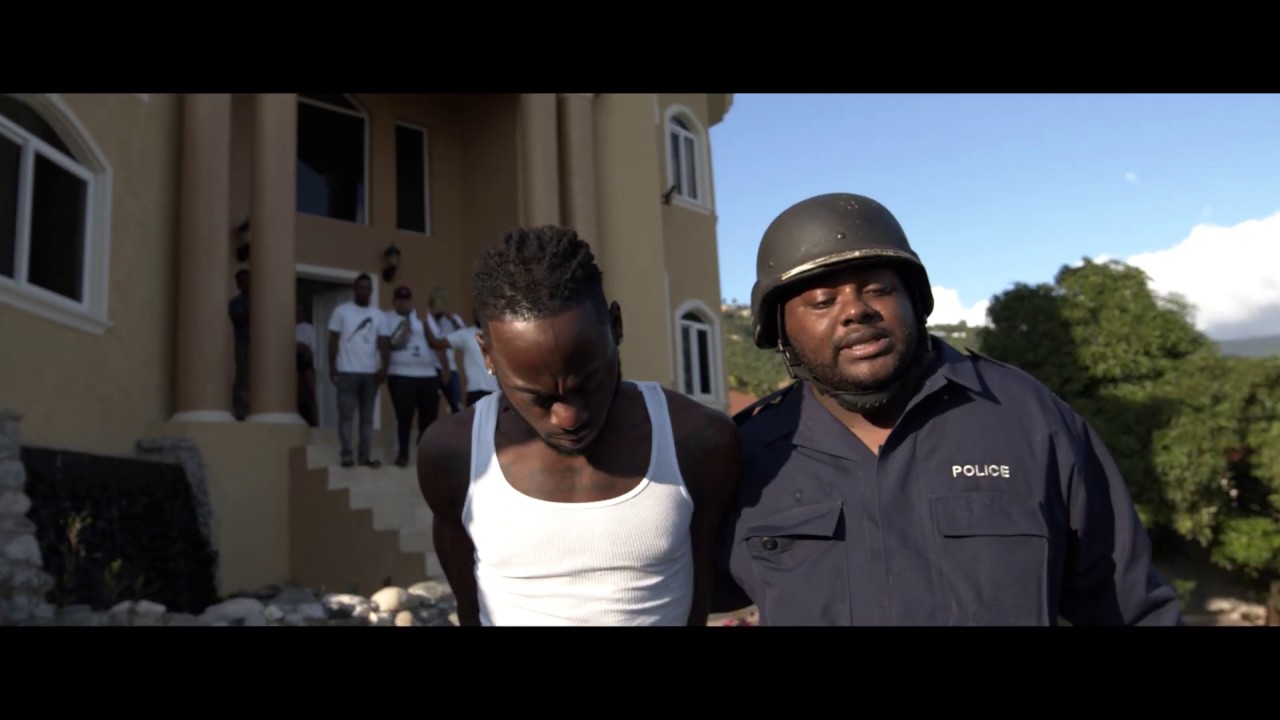 The Dancehall superstar has seemingly taken swipes at the Jamaica Constabulary Force (JCF) with his latest music video.

The video follows an incident where the entertainer detained and processed by cops several months ago.

Last September, Stylo G made headlines after cops raided a Caymanas Estate premises he occupied. They claim they received information the deejay had illegal weapons on the property. Stylo G live-streamed the entire ordeal via his Instagram account.

The music video seemingly presents a very light-hearted documentation of the deejay’s ordeal.

The comedic value is evident throughout the video, depicting a clueless cop who came to search Stylo’s premises.

The video is shot in a luxurious mansion, filled with alcohol and dozens of skimpily clad women.

Since its release, the music video has already racked up over 482,000 views and 26,000 likes on Youtube. The track is already receiving significant airplay on local radio stations, with DJs tipping it as a next banger.

Stylo G will be hoping that the track follows in the same vein of his previous hits “Touch Down” and “Dumplin.”