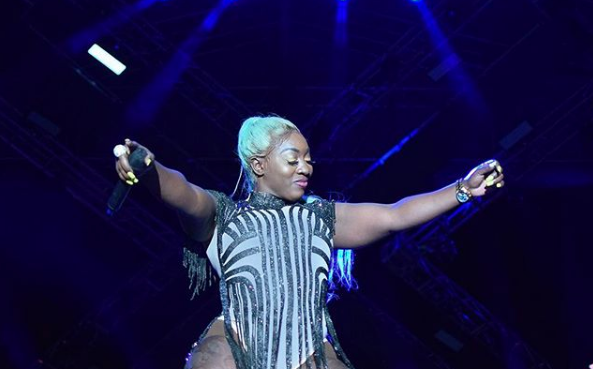 Spice has sought to address critics who say she only records raunchy music.

Speaking with her fans on ‘Genie Saturdays’ via Instagram live all the way in Toulouse, France, the Dancehall deejay says over the years she has released positive music however only her ‘pum pum’ tracks became hits and make her money.

“So Mi Like It” is Spice’s biggest solo single with over 81 million views on YouTube. The raunchy track was produced by NotNice Production.

Watch a snippet from Spice’s Instagram live video below.