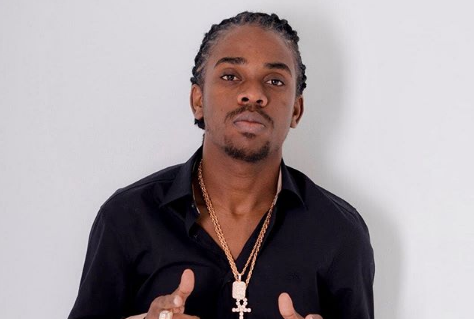 Set to release first quarter of 2019, Jahmiel seemed very pleased with the body of work already laid out for his debut album and said there is just a few final touches to be made. When asked what he can share about the album Jahmiel disclosed the album title ‘Greatman’.

In 2016 the moniker “Greatman” became a name, which to the 25 year old artist, who to many may see as an “overnight success”, has always seen himself as ‘Great’ despite the struggles in music. In 2016 he released a single titled ‘Greatman’ and the name remained one that many saw fit as well, especially for an artist of his drive, struggles and delivery on and off stage.

Jahmiel “Still Not Over” His Ex-Girlfriend

The road to “overnight success” is always longer than it seems. It’s a journey that’s seldom completed without pitfalls and stumbling blocks along the way, but through perseverance and determination, the fittest of the fittest fulfill their mission. JAHMIEL knows that mission and is prepared to give you an insight to that journey.

Currently promoting his single ‘Still Not Over You’, produced by DJ Frass, Jahmiel recently released the visuals, which is stirring up a lot of conversation around it. Showing an intimate side of him, which tends to be a hit with the ladies, Jahmiel also touches on some of the stresses and battles that may come between two persons in a relationship seeking “the right love”.  The single which Jahmiel also revealed is the first single off his debut album, is currently garnering international airplay as well and features in mainstream publications.