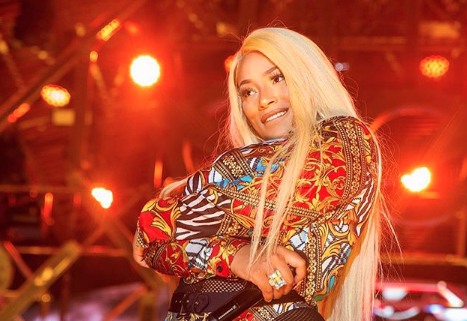 Reggae Sumfest organizers have revealed that English rapper Stefflon Don will not be performing during the during the 26th staging of the event.

The “Hurting Me” rapper was scheduled to perform on Wednesday night’s staging of “Blitz” all black party, at the Hard Rock Cafe. However, organizers say the artiste’s management team canceled her performance at the last minute, citing scheduling conflicts.

According to Sumfest director Joe Bogdanovich, he is really disappointed by how the situation was handled by the rapper’s management team as all formalities had been formalized and fans were eager to see the star.

Mavado Teams Up With Stefflon Don Amidst Son’s Murder Case

Bogdanovich went on to label the rapper’s management team as “unprofessional” and criticized them for poor communication.

The Downsound Records boss, however, says fans can still expect a fantastic staging of the event with performances from reality TV star Safaree and Jamaican singer Jada Kingdom, who is best known for her hit songs “Love Situation” and “Better Than That.”