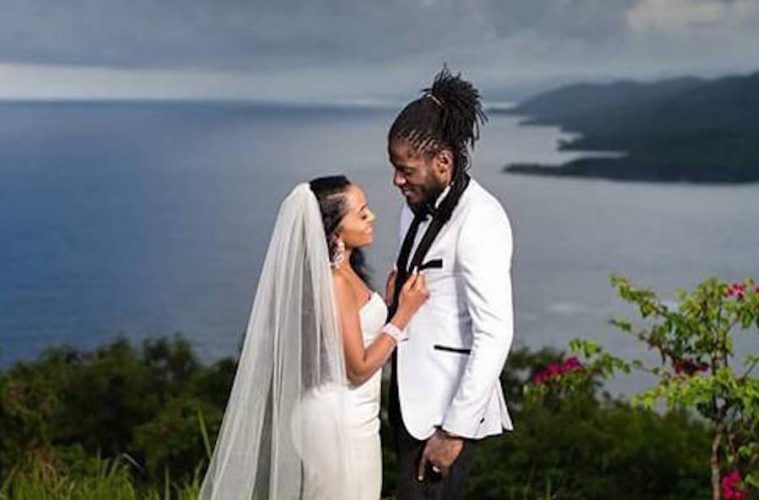 The Tropixs (Kingston, Jamaica) It seems the ‘gyalist’ culture is on a decline as many of Dancehall’s biggest stars are getting married.

In recent years Dancehall has witnessed a drastic change with regards to its ‘gyalist’ culture as many male artistes no longer see the need to portray a womanizing image to remain relevant.

Many of these Dancehall superstars still do portray an image of being womanizers in their music, but the truth is quite a few of these stars are actually married or in serious committed relationships.

It’s no secret that Dancehall celebrates the player lifestyle as evidenced by some of the biggest anthems in the genres history including Beenie Man’s “Nuff Gyal,” Shabba Ranks’ “Trailor Load,” or Mr Vegas’ “Gyalist.”

In fact, very few Dancehall acts don’t have a song like this in their catalog, as it seems a rite of passage towards earning respect within the genre.

However, despite their public proclamations, many Dancehall fans may be shocked at how many of their favorite stars are in fact married men, who enjoy very stable monogamous lives.

Some of the biggest names to tie the knot in recent years while still portraying themselves as sex symbols include; Konshens, Aidonia, Dexta Daps, Ding Dong, Mavado, Agent Sasco, and Reggae crooner Romain Virgo.

Not only are most of these superstars married but they also frequently flaunt their significant others on social media, destroying the illusion that monogamy may somehow hamper their career.

So while it can be argued that the ‘gyalist’ culture is very much embedded in Dancehall culture, and possibly will likely remain for many years to come, it is surely evident that it’s relevance is on the decline.