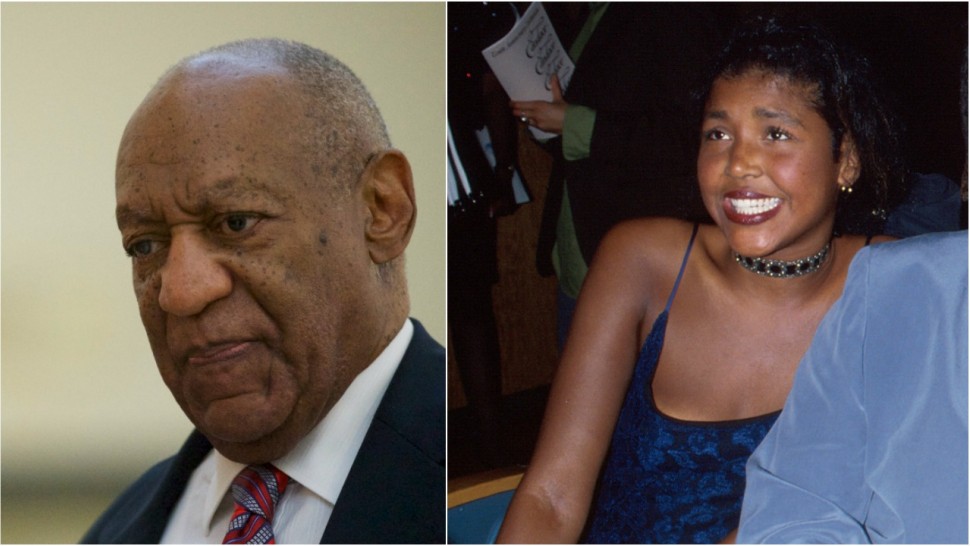 Bill Cosby’s spokesman says the comedian’s 44-year-old daughter Ensa Cosby, who stood by his side as dozens of women accused him of sexual abuse, has died,

“The Cosby Family thanks many people for their prayers for their beloved and beautiful Ensa, who recently died from renal disease,” the spokesman said.

Ensa Cosby famously supported her father and spoke out against the women accusing him of drugging them, raping them or attempting to do so.

In May 2017, Cosby’s daughters Erinn and Ensa came to his defense. At one point, Ensa decried the allegations against her father, who was once nicknamed “America’s Dad.”

“The accusations against my father have been one-sided from the beginning,” Ensa Cosby said at the time. “I’ve witnessed my father’s reputation and legendary works be dismissed without any proof.”

She also said “racism has played a big role” in her father’s downfall.

“When he tried to defend himself, he was sued in civil court. I’ve seen the accusations become more horrific and extreme with time and I’ve witnessed my father’s reputation and legendary works be dismissed without any proof. I strongly believe my father is innocent of the crimes that are alleged against him and I believe that racism has played a big role in all aspects of this scandal,” she said. “How the charges came against him, how people believed them before they were ever scrutinized or tested, how people who questioned the claims were shut down and ignored.”

She added that her father “has been publicly lynched in the media” and the accusations have impacted her family.

“My family, my young daughter, my young niece and nephew have had to stand helplessly by and watch the double standards of pretending to protect the rights of some, but ignoring the rights of others and exposing innocent children to such appalling accusations about someone they love dearly and who has been so loving and kind to them is beyond cruel.”

Ensa was one of five children born to Bill and Camille Cosby. The couple’s only son, Ennis, was killed during an attempted robbery in 1997.

Ensa appeared in a 1989 episode of her father’s show, “The Cosby Show.” According to People magazine, she played a girl at a party.

Bill Cosby went to trial over sexual assault charges, and a jury ultimately deadlocked in June. The judge declared a mistrial and prosecutors have vowed to retry the comedian.