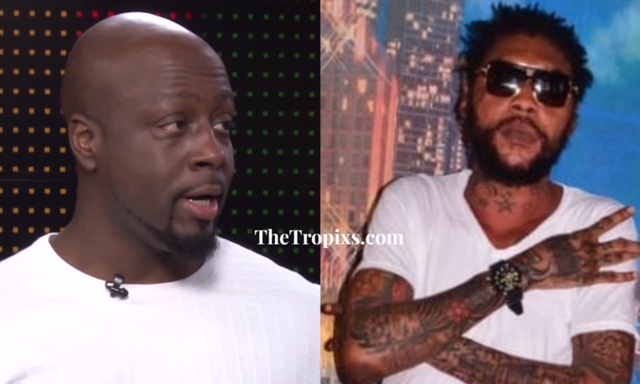 Wyclef Jean stopped by Onstage TV over the weekend to speak about his admiration for Vybz Kartel.

The ‘Sweetest Girl’ singer is currently in Jamaica for his performance at Shaggy and Friends benefit concert slated for Saturday, January 6, 2018, on the prestigious lawns of Jamaica House, St. Andrew, Jamaica.

Speaking candidly with host Winford Williams, Clef opened up about local talents and the heavy usage of reggae/dancehall in mainstream music. However despite the heavy sampling of Jamaican music by international acts, very few local artists are making it to the mainstream like Shaggy and Sean Paul did.

“Do you know why I like Vybz Kartel so much,” Wyclef said. “Because he understands this, at the end of the day right, if I can’t sell you a CD right now and you said man Clef can’t sell music no more but guess what I know I can sell you for sure, a Wyclef guitar.”

Wyclef Jean added that artists from the Caribbean should spend time to learn the music business fully to push their careers to the top. “This is what I want kids to understand, the music business is a 360, when you coming in now create a brand, do not be just an artist no more, become a brand,” he added. Watch full show below.