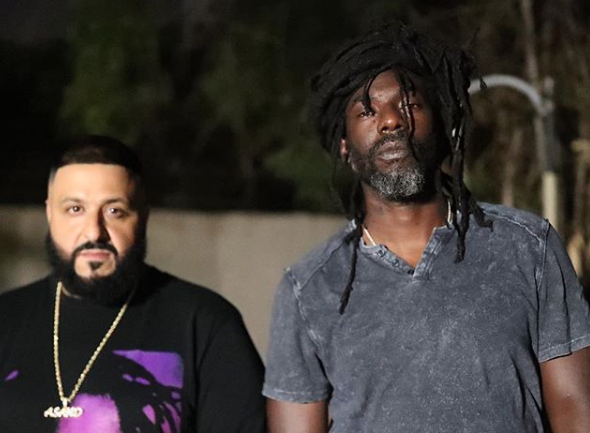 DJ Khaled and Buju Banton aren’t only working on new music together but some visuals are also in the works.

On Monday, Khaled released a movie trailer shot and edited by Ivan Berrios showing his journey to Jamaica to reunite with the Grammy-winning Dancehall/Reggae entertainer.

“Over 25 years of friendship ! Those that know , KNOW . Get to know the story FATHER OF ASAHD x @bujuofficial @budafuco96 @wethebestmusic ?? BUJU HOME ???? | ? @IvanBerrios,” Khaled wrote under the video.

DJ Khaled and Buju Banton were photographed working in studio just hours after Khaled arrived in Jamaica with his family on Sunday evening.

According to DJ Khaled, Banton told him it was his first day back in studio since his release from federal prison.