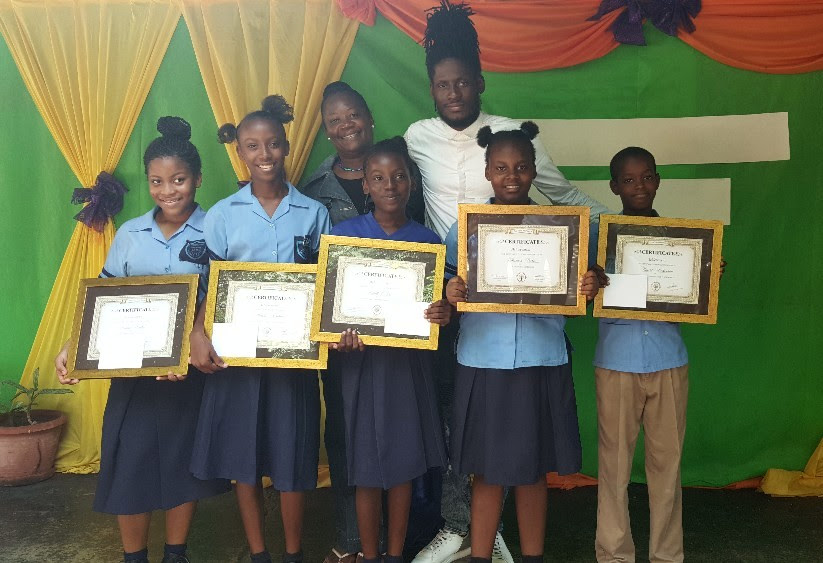 Despite his hardcore persona, 4th Genna recording artiste Aidonia is one of the most benign individuals in the Dancehall fraternity. After embarking on a campaign four years ago with the launch of his One Voice Foundation, to aid the disenfranchised and socio-economically challenged youths of Jamaica through education, his philanthropic efforts have not gone unnoticed.

According to event organiser Karen Clarke, the Humanitarian Award is a collaborative effort with corporate giant Sagicor and is given to a member of the entertainment fraternity who has an active Foundation rendering assistance within the prescribed period to be eligible for nomination. Other nominees in the category include Busy Signal and singer Tony Rebel. The Your View Awards (YVA), now in its 11th year, is set to unfold on February 24th at the National Indoor Sports Centre in Kingston.

Worth over $300,000 Jamaican dollars Aidonia’s One Voice scholarship programme focuses on students at the grade six level at Maxfield Park Primary School, who exemplifies good behaviour, attitude, maintain the highest grades throughout their school tenure and pass their GSAT examinations. At the end of the school year, the top-performing students are awarded grants to offset school fees and other academic expenses for high school.

A non-profit organisation the Foundation has taken a multi-pronged approach to nation building of which the scholarship programme is one such node. Since late last year, Aidonia and his team have been scouting locations to build a public computer lab in Kingston, with the intent of providing free computer access to children who are without such amenities.