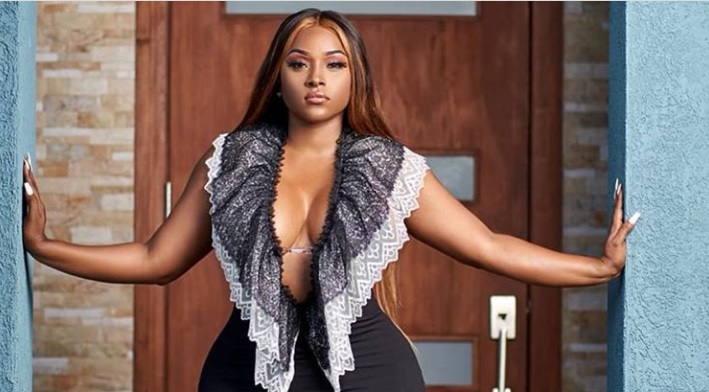 Yanique “Curvy Diva” Barrett got some stuff off her chest earlier this week as she spoke about the importance of being an independent and educated woman.

The media vixen-turned-recording artiste, uploaded a lengthy caption on Instagram Wednesday making it clear that her lifestyle and success was not attributed to hard work and determination.

“The most annoying thing for me is people thinking or saying that my lifestyle or success was built by a man. As women, we should know the difference between being spoiled and needing a man to save you or upgrade you. I believe that being spoiled by a man is him doing nice things for you and if he leaves, you are capable of doing the very same things for yourself…periodttt..,” she wrote.

“Now needing a man to save or upgrade you is having the mindset that anything expensive or valuable in life has to be given to you by a man (hence the saying ”save a hoe”). In life, strive to always have your own.”

My mother once told me, “a relationship is like a potluck, no matter what he’s bringing to the table always bring your own”.

Yanique Curvy Diva then spoke directed to young women on social media, “To my young girls, Instagram will poison your mind so don’t rush the process and end up being a ”yam head” trying to showcase this lifestyle that if taken from you, you’ll have to get a next man and a next man and a next to maintain the hype.”

“Again, strive to own your own, put in the work, get your education, or better yet…get a skill. Nurture your talent and eventually turn your talent into a means to make money.”

“Coming right out of my teenage years to being an HR manager at GMC to working on the no# 1 television show in Jamaica and also radio for 9 years as a presenter/producer, then creating the multimillion-dollar brand “Curvy Diva” to now a recording artist and businesswoman. Nurture your talent, be a boss 😘.
YOU GOT THIS! #QUEENS 👸👏🏽😁,” she added.